Apple Releases FaceTime And AirPlay Features For The iPhone(Video)

Apple has posted two new ads touting their FaceTime and AirPlay features for the iPhone. One of Apple’s latest iPhone commercials is capitalizing on the recent surge of interest in video calling.The ad, which popped up on YouTube yesterday, shows how the feature lets people video-chat with anyone else with an iPhone, iPad, or Mac. 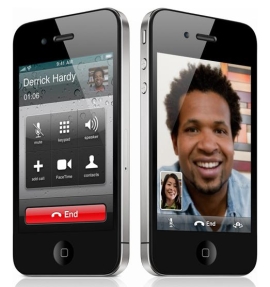 The launch of Google’s new social-networking project, Google+, which also allowed users video calling. Facebook announced a deal with Skype that brings video calling to the social network’s 750 million users. Perhaps Apple is trying to remind folks that it, too, is competing in this arena.

That commercial shows how people can use their iPhones to wirelessly stream music to a speaker system, and photos or video to a television. The ad only shows the device in the background connected to a television and doesn’t mention it or highlight it in any other way. Checkout the Videos bellow.