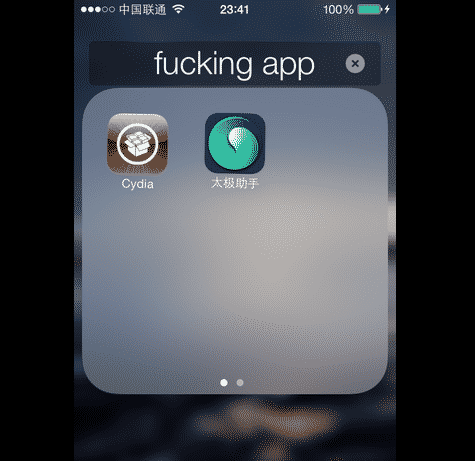 After a rather brief wait, the popular iOS hacking group Evasi0n has released an untethered jailbreak for iOS 7 devices. The new iOS 7 jailbreak works perfectly but some of its features have caused an uproar in the online iOS community. For a start, the jailbreak tool from Evasi0n team works really well and lets you jailbreak iOS devices running version 7.0 to version 7.0.4. In fact, it seems that the team of iOS hackers keeps getting better with each new version as it promises that the new jailbreak can be completed within five minutes.

However, a number of red flags have appeared when it comes to the new jailbreak tool. For instance, the creator of the popular Cydia app store, Jay Freeman, has stated that the version of Cydia included in the jailbreak is not official. According to him, “I thereby have no clue what will or will not work, or even what evasi0n7 includes; I hope that people bear with me as I figure this all out.”

Another major controversy linked to the new jailbreak that has cropped up is that it comes with not only Cydia but also a Chinese app store called Taig. This has triggered an online storm among the iOS community who are already criticizing the Evasi0n team because Taig contains piracy software. Not only that, claims have been made that the Evasi0n team has been paid off by Taig to include the app store in the jailbreak. While the team has not made any comment about allegations of being paid, it did respond to criticism of its decision to include the Taig app store. According to an official statement from Evasi0n, “In our agreement with Taig, we contractually bind them to not have piracy in their store. This was an extremely important precondition of working with them. In entering the agreement with them, we had hoped and continue to hope that our cooperation with Taig will improve the piracy situation in China… We are very upset that despite our agreement and review by their team, piracy was found in the store. It was not acceptable and they have been strenuously working to resolve the problem in good faith, and have removed all instances of it that we have brought to their attention.”

Notwithstanding all this controversy and allegations, if you still want to go forth with an untethered jailbreak of your iOS 7 device, navigate straight to the official website of Evasi0n and have fun.

Rumour: iPhone 5 to Have No Home Button But Larger Screen