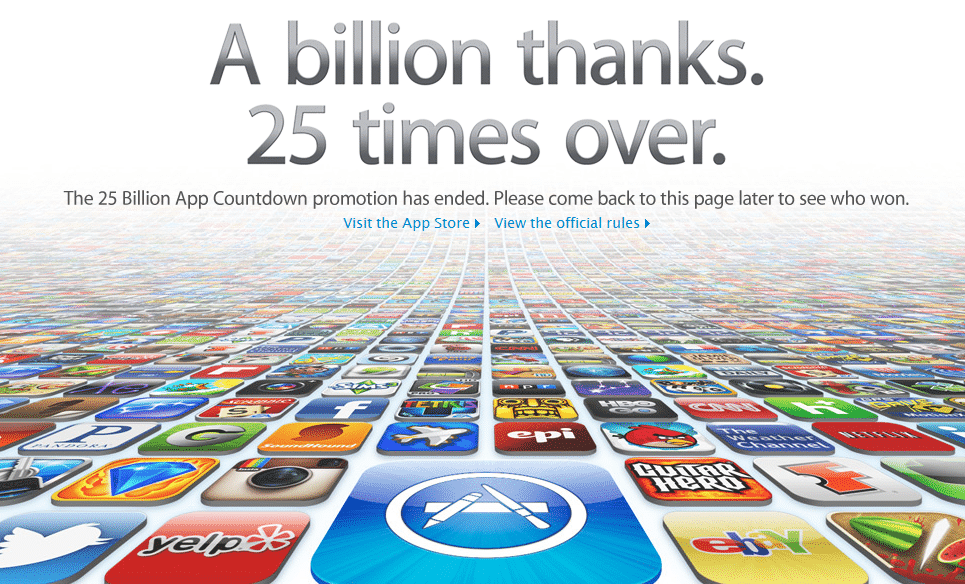 Apple has not yet released the name but the message from Apple on the countdown page says that it will soon be officially announced. Apple has been celebrating the key achievement through its App Store. For instance, it announced a similar gift card when it was about to reach the 10 billion mark.

The popularity and success of App Store has been meteoric and phenomenal. Apple started the App Store only as recently as 2008. During the first year, 1.5 billion downloads were made from the store. And since then, things have been exponentially booming. It’s the fourth year and Apple has already hit the 25 billion mark.

How to Install AppSync 4.1 On Your Jailbroken iOS Devices

Apple Traces Your iPad and iPhone