Rumour:iOS 4.3 for iPhone, iPad and iPod Touch is Coming in Mid December

MacStories posted that iOS 4.3 would be released on 13th December after following Apple’s announcement on December 9th, which is a Thursday.According to some other sources this update will bring support for News Corp’s iPad-only newspaper, The Daily. 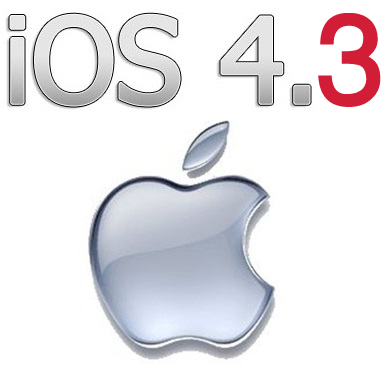 when Apple didn’t know about the WiFi issues in the GM seed of iOS 4.2, the OS was scheduled to be released weeks before Nov. 22nd. Apple found out about the WiFi issues, released a second GM build and iOS 4.2 came out yesterday. It came out in November, but it should have been out in the first half of November. Anyway, before the WiFi issues were discovered, Apple was already planning to release a new build of iOS 4.x in mid-December. Most specifically, they were planning for an iOS 4.3 release on December 13th, which is a Monday.

Our source tells us it is unclear whether the “extra time” that was required to ship iOS 4.2 (actually, it’s iOS 4.2.1) will cause a delay for the rumored release of iOS 4.3 on December 13th or not. iOS 4.3 should, however, include bug fixes and maintenance of the code. It’s likely that 4.3 will also address the initial issues found in AirPlay, but we can’t confirm this just yet.

This is all supposed to tie in to the rumored App Store subscriptions Apple may be about to launch alongside Newscorps’ The Daily iPad newspaper app, and the also rumored December Apple special event with Steve Jobs and Rupert Murdoch.

Let’s see whether iOS 4.3 come in mid December or not.