Stefan Hessar (ion1c) has posted a video according to which iOS 4.3.1 has already been JailBroken. The video shows iPad touch 4G jailbroken using his untethered jailbreak. Check the video after a quick break! 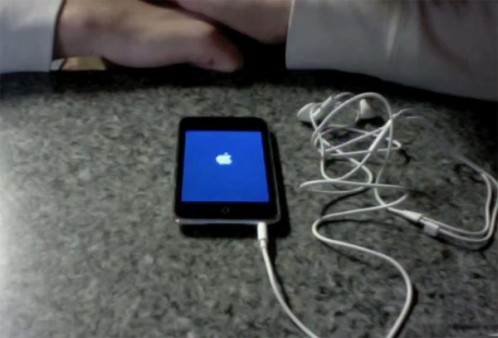 Top 5 Amazing Concept Video of Next iPhone 7 That You…

We know that ion1c and comex have found different exploit for iOS 4.3 jailbreak and confirmed through a video. MuscleNerd suggested that iOS 4.3.1 could have closed the comex loophole as the chances were quite low but it seems that ion1c exploit still exists that lead to an untethered jailBroken iPod Touch 4G.

Stefan has announced that he will not be releasing his jailbreaking tool but will give the untether. Here is what he has announced:

In the video you can see how I switch off the iPod, then restart it, show the version, show that it is tethered and has the multitasking gestures, i show that you can buy ringtones and then I show cydia and the ninja jump game from last time.

Because several people misunderstood me in the past:

* I repeatedly stated that I will not release a jailbreak tool – I will only give out the untether. I did not try yet, but if it is feasible the untether could be a cydia package.
* While the vulnerability I use is in the iPad 2 kernel my untether will NOT SUPPORT the iPad 2, because there is no way to install it there (bootrom exploits fixed). – however Comex is working on that part.
* I am not giving out any ETA again, because the Jailbreak community is simply nuts. Last time I gave an ETA and even before that had passed I got constantly insulted by people that were demanding an immediate release. Sorry guys the more you insult people with the knowledge to actually do what YOU WANT the less motivation there is to use our free time to give it to you.
* The only reason why I did not finish the untether before the ETA was due to unexpected work overload in my real job. It had nothing todo with the untether being too hard or unreal.
* I don’t know why the dev team has not released a redsn0w that does tethered jailbreak for 4.3.1 – I would prefer that to be available, cause sn0wbreeze obviously does not work 100% yet.
* If you want to learn more about iPhone kernel hacking/exploitation you should come to SyScan Singapore at the end of April

Watch This iPhone Getting Sliced In Half With A Waterjet [Video]

Tutorial: How To Jailbreak Your iOS 7 Device