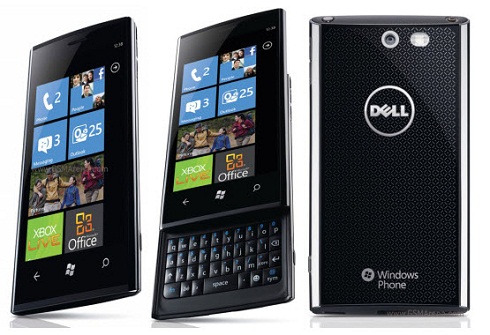 A months ago Dell Venue Pro has handed on.Now you can order for this WP7 which will be shipping this December 14.The 8GB version is available now but not the 1GB version available in order.Some Microsoft stores saw a very limited launch of the Dell Venue Pro earlier this month, and a much wider launch is expected. For the new reader i recap the features of this phone once again.

It’s a 4.1-inch display and a slide-out keyboard. The smartphone runs Windows Phone 7, and will run mobile versions of Microsoft’s Office suite software for business users to view or write documents.

In addition,the handset comes with a 5-megapixel camera and is powered by a 1GHz processor from Qualcomm. In the future the company also plans to launch a smartphone resembling the Dell Venue Pro based on Google’s Android OS, though the company hasn’t announced a release date for the product.