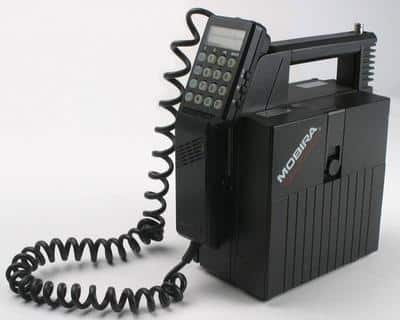 Nokia is popular for household electronic products especially mobile phones. Throughout its golden days, it had produced some of the most successful phones. Which is why it’s worthwhile to look back at Nokia Phones History.

Nokia first introduced the Nokia Mobira Talkman in 1984. The car phone has been discontinued and is hard to find today. The phone weighed almost 5 kg. You might feel surprised to know that it came with the ability to store only 184 contacts, whereas phones of today can store up to 1000 contacts given that it is using its own internal memory only. Smartphones can store more than 1000 contacts if they use cloud storage capacities. After 3 years Nokia launched a similar phone named Nokia Mobira Cityman in 1987. Similar in a sense that they were of the same weight. But the major difference between Mobira Talkman and Mobira Cityman was, the later was one of the very first hand-held phones. Now let’s focus on the phone that deserves a superstar tag. And why shouldn’t it? Yes, I am talking about Nokia 8110. this phone had its fair share of movie appearances. It appeared in one of the most successful sci-fi movie franchise of all time-The Matrix.

In the early twenty-first century, Nokia brought multiple multi-media phones in the market. These phones came with multi-media capabilities as well as an appearance that sharply appealed to the mass. Some phones had unconventional shapes but were, without any doubt, considered a style symbol. Nokia introduced yet another trend-setting phone back in 2004-The Nokia 6260. It was truly the best multimedia phone of that time. you could literally twist the phone to get better angles for taking pictures. In 2006 Nokia itself violated their own biased inclination towards dark colors. Up until now, Nokia phones came primarily in dark shades, but Nokia 5300 XpressMusic was something else. It had a sober color combination which was equally soothing and appealing to the eye. The last Nokia phone to create much buzz was the Nokia Lumia 1020. It came in a wide array of colors. For those of you who are thinking Nokia is out of business, know that Nokia 9 is on its way. The phone might hit the markets later this year.

Nokia was acquired by Microsoft in 2013. (Learn more about the topic here.) However, since then much has changed. Nokia turned out to be a failed acquisition and as a result, Microsoft wrote off Nokia from their accounts. In 2016, Finnish company HMD Global came into the arena. The company has the license to produce phones using the brand name Nokia. Following this, Nokia is now fighting to establish its presence in the smartphone market. In that regard, it recently launched 6.1 Plus. Perhaps its latest model Nokia 7 Plus has received the most attention as it is fully equipped with all the latest trends in Smartphone industry.