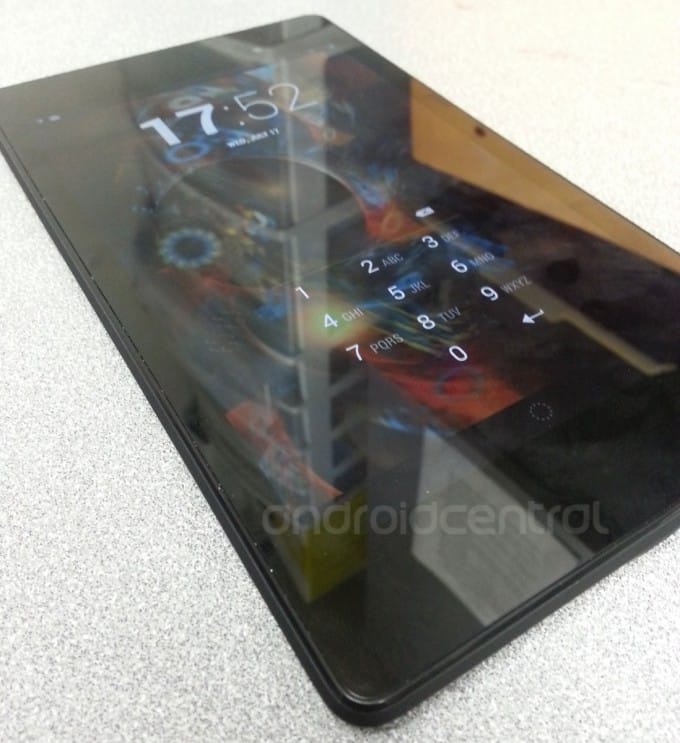 It is already abuzz in the air that Google wants to recreate Nexus 7. A FCC filing has hinted that a new Nexus 7 is coming soon. The latest update is, Google will hold an event on July 24 where the company may unveil the new Nexus 7. But ahead of that date, yesterday our friend Android Central leaked some photos and a video of the device. And the leaked images and video hints that the new Google Nexus 7 will undoubtedly be a tough competitor to iPad mini. Various labels on the leaked images of new Nexus 7 hint that the device is manufactured by ASUS. The device runs Android 4.3 (Jelly Bean) and comes with rumored specifications of Snapdragon S4 Pro processor, 4GB DDR3L RAM, 1.2-megapixel front facing camera and 5-megapixel rear camera. The device will have a 7-inch LCD display providing a resolution of 1920 x 1080 pixel. The phone will support 3.5 mm headphone jack. As far as the build of the new Nexus 7, the rubberized rear has been replaced with a more matte plastic with the Nexus branding prominently etched. The buttons and microUSB are in the same places as in the old Nexus 7. In original Nexus 7, there was a single speaker on the rear at the bottom of the device, but in the new Nexus 7, a second speaker on the rear of the device has been added; means there are dual speakers now.

However it has been reported that the new slate will hit retail shelves like Office Max starting next week, probably on the 25th right after Google’s announcement. Whether or not the these photos could be trusted, things are looking pretty good. Rumor is swirling around that the 16GB new Nexus 7 will cost $229, while 32GB newer version of Nexus 7 will cost $269.