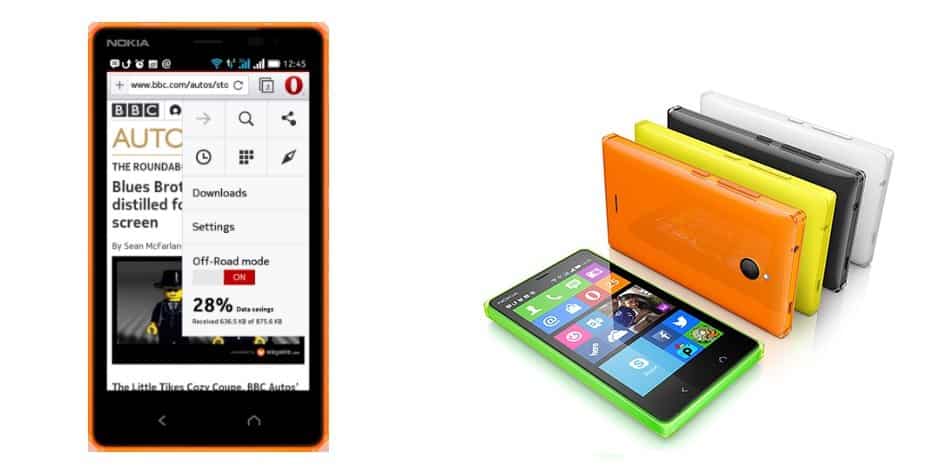 Ever since Microsoft bought the smartphone division of Nokia, the company hinted that it would jump into making Android smartphones. Last year, Microsoft launched Nokia X, an Android powered smartphone. And lately, Microsoft has introduced Nokia X2, the successor of Nokia X smartphone. The most buzzing news is that Microsoft now has made Opera the default browser for all Nokia X devices. When Microsoft launched Nokia X, the handset gained a huge attraction of people. So later, the company decided to bring the successor of Nokia X. On the other hand, Nokia X users reported that they love to use Opera. One of the reasons for liking Opera by the users were its Opera Turbo compression service allows users to save a lot of data. The service is embedded within the browser itself. Therefore, it’s a good option for users who are on a pay-as-you-go data plan or are roaming when traveling abroad, certainly acts as a defense against bill shock. Besides, Opera has some other popular features including Speed Dial, which is an easy way whereas users can keep track of their favorite websites and get to them faster. There’s also the Discover feature which provides users with a simple way to find content that interests them. Samsung Galaxy SIII Will Come To US, Canada On June 20 With Qualcomm S4 Processor