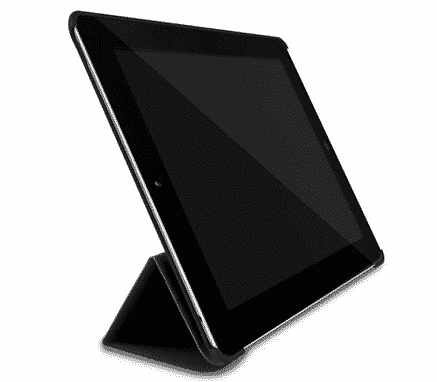 Despite what a number of analysts and researchers would have you believe about Apple working on an iPhone with aluminium back, the reports from a fairly reliable source say that Apple is going to stick to with Gorilla glass for iPhone 5. This has been divulged by Jeremy Horwitz, who has been pretty accurate about his Apple scoops in the past. Jeremy also said that Apple is working on a new iPad ‘Smart case.’ The new iPad Smart case that Apple is being said to be working on is kinda of inspired from the existing smart covers. But they are slightly different because they will have a back cover, as is evident in the image above. Jeremy writes in his report, “Said to be similar to Incase’s Magazine Jacket (and a host of subsequent alternatives that have appeared for the iPad 2), this new case has a folding magnetized Smart Cover on the front, and a rear shell made from fiberglass covered with PU/bicast leather. It’s unclear whether this case will be solely for the thicker new iPad or include backwards compatibility for the iPad 2.”

From the description provided by Jeremy, this case sure will win on both it’s looks and specs. But we are not sure when we may be able to see it available for purchase. Regards the development of a Gorilla-glass iPhone 5, Jeremy says that Apple is currently experimenting with glass and ceramic rear shells for it’s next iPhone model. This seems to debunk the many rumors about aluminum-backed iPhone 5 that have been doing their rounds on the web.

According to him, the new iPhone will be thinner than the current iPhone model, using Gorilla glass 2, with possibilities for a larger display and elimination of the 30-pin dock connector.