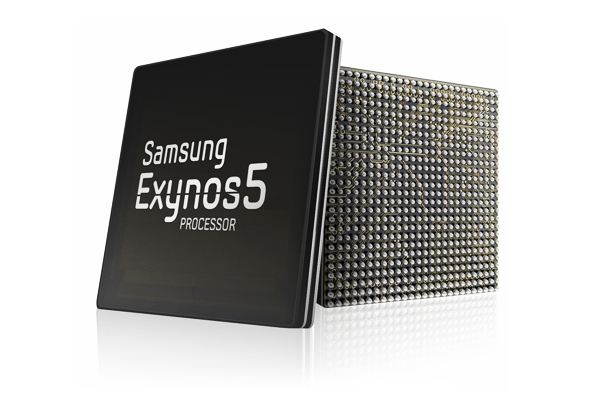 Samsung just unveiled its highly-anticipated flagship smartphone Galaxy S5. While the announced model comes with a quad-core chip, it now appears that there’s also an octa-core variant in the wraps. The official Galaxy S5 announcement was a little surprising for many because the company was expected to use its own Exynos chips in the handset. The model unveiled at the launch event contained a Snapdragon 801 quad-core chipset clocked at 2.5GHz. It came with a bevy of other hardware and software upgrades.

But now, the company has posted an infographic online, pointing to an octa-core variant of Galaxy S5. This chip will be clocked at 2.1GHz. Samsung didn’t reveal which chipset was used to build the octa-core chip. In all likelihood, it will either by an Exynos 5 chipset or a self-build octa-core chipset.

The rest of the specs of this octa-core variant of Galaxy S5 will be same to the quad-core model. It will pack the same 5.1-inch Full HD Super AMOLED display, 2800mAh battery and 16-megapixel rear camera. It is quite expected that the octa-core version will come with a significantly steep price tag. And given its price, it will be made available only to a small number of people.

HTC 7 Pro Coming In UK And Rest Of Europe