After Samsung, LG and other mobile phone makers, Sony has officially introduced its new Xperia Z Ultra phablet in market. This new flagship device is designed to compete devices like the Galaxy Note II and Optimus G Pro. The device packs a whopping 6.44-inch display and runs Android 4.2 (Jelly Bean) along with Qualcomm’s new Snapdragon 800 chip. 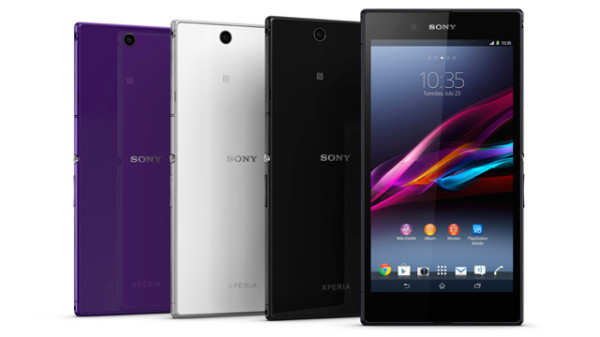 The Xperia Z Ultra is the enlarged version of Xperia Z series with a similar waterproof and dust-resistant (IP55/IP58) rating. The new coruscation of this device is it features Snapdragon 800 quad-core chip clocked at 2.2GHz and 2GB of RAM. The 6.44-inch screen has 1080p resolution as the Xperia Z and Tablet Z has, but a lower PPI in comparison to both Xperia Z smartphone and tablet version.

The device also includes 16GB of internal storage which can be expanded via a microSD slot. The Z Ultra weighs in at 212g with an anorexic 6.5mm-thick frame. It packs 8MP camera at the back, and a 2MP webcam at the front. Besides, Sony has put the super new screen color technology called Triluminos in this device, which combines Sony’s X-Reality engine to pop images and video. Form that point of view, it’s expected that Sony’s LCD steps up to support all this high-level tech will be a little better than the Xperia Z.

Other specs include HSPA+ and 4G LTE cellular connectivity, Wi-Fi (802.11 a/b/g/n/ac), Bluetooth 4.0, DLNA, NFC, USB 2.0 and the usual array of sensors. Apart from this, Sony has also added its own branded apps including Album, Music, Reader and Walkman.

The Xperia Z Ultra will be available, in black, purple and white trims, in Q3 2013. There is no word on pricing at this moment.

Xbox Music Will Launch On Web Next Week

Sony May Manufacture Windows Phone Handsets In The Coming Days

Samsung To Release Galaxy Mega On 23 Aug In The U.S.