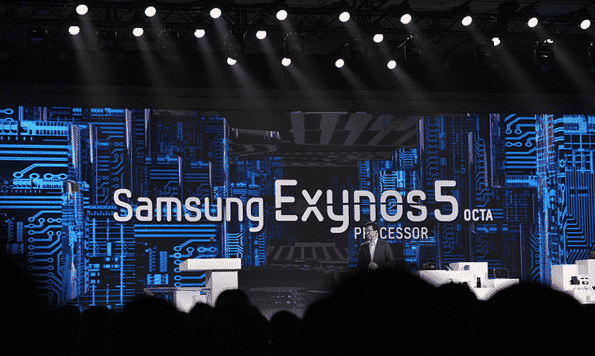 Mainstream processing speeds have grown at a tremendous pace over the recent years. Yet, the insatiable demands of the newer crops of machines and gadgets means that we need faster, better processors every few months. Samsung has now unveiled its new Octa 8-core processor at the CES 2013 show. Exynos5 Octa is an 8-core processor comprising of two four-core processors. Obviously, the processor is meant to take a whole lot of computing and processing load without relenting under the strain. Samsung is positioning it for the next generation of tablets which will run intensive graphics, advanced apps and other software requiring faster processors.

According to Samsung, the chief strength of Exynos5 lies not in speed but in the fact that it is designed specifically to allow a user to accomplish multiple tasks at the same time without causing the slightest delay or affecting the performance of the machine it is running on.

Moreover, the design also ensures that while the chip delivers high-end performance during processing-intensive tasks, it notches down its power consumption when doing more trivial tasks. In other words, it is able to take care of its battery usage smartly, thus resulting in longer battery life.

Samsung’s CEO, Stephen Woo, said that Exynos5 is more about multitasking and 3D capabilities, which allows the chip to run mobile 3D games without much flinching. At the same time, he claimed, the Octa chip is able to save 70% battery life. From what the company claims, Exynos5 sure seems very promising and we keenly wait for a device which may pack the chip.

A Detailed Look Into The Insides Of The iPad 3G