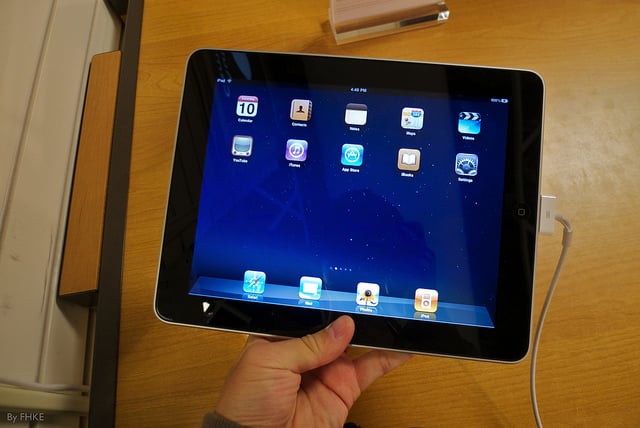 iPad’s dominance in the tablet market is quite undisputed. Apple has been selling millions of these units each month and iPad has become so iconic that it is used interchangeably with the word ‘tablet’ itself. However, while iPad dominates in sales, it is even more dominant when it comes to general tablet usage. Or so a recent research by Chitika claims. Chitika’s research may give a fairly good estimate of the tablet market but it can’t be said to be 100% accurate because Chitika relies heavily upon its own ad network and determines different tablet statistics based on the impressions registered on this ad network. Although this ad network is quite vast, it still may not present the full picture.

Nonetheless, in its latest research, Chitika has revealed that iPad users use their tablets a lot more than users of other tablets. This is precisely why about 94% of all the tablet-based web traffic was being generated by iPad users, even when the actual percentage of iPad in the tablet market in terms of unit sales is much less.

This only means one thing: iPad users love their tablets and use them a lot more than users of, say, Samsung Galaxy or Kindle Fire. To cite the difference in the traffic generated by different tablets, the second on the list is Samsung Galaxy with its tiny share of 1.22%. The last spot was occupied by Barnes & Noble Nook which generates a traffic share of a mere 0.53%.

Galaxy Tab New 10.1 update On The Way To Users