E FUN bring Android-powered Nextbook Next6 Tablet. E FUN already has started to ship its Next6 Android-powered tablet to the masses, giving you yet another option in what seems to be an oversaturated market already. You can be sure that the ghost of Android fragmentation can be laid to rest, since Google intends to bind everyone up on the tablet and smartphone divide under one solitary operating system version. 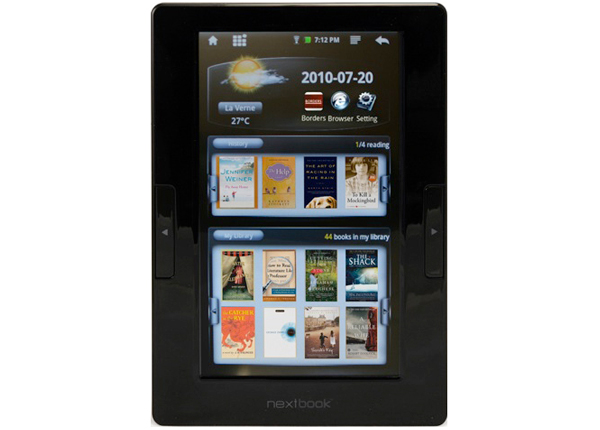 That’s still in the future though, and we intend to concentrate on the present with this 7″ capacitive touchscreen tablet device. Features of the Next6 include Wi-Fi connectivity, an e-reader, eBook Store app and the SlideME application manager.

Touted to be the next generation of books that can be carried around anywhere without causing your shoulder to experience unwanted strain, we do wonder just which segment of the population is the Next6 targeting more – the studious kind, or those who prefer to use it as a portable multimedia device of sorts? After all, a Wi-Fi connection would come in handy for you to listen to your favorite tunes via online radio, or stream YouTube videos as you like it.

eBook support for the Next6 is not an area we would worry about though, since the preloaded Powered eBook Store already has nearly a couple of million titles on its virtual shelves, ranging from New York Times Bestsellers to award winners, classics and more.

Other hardware specifications include 4GB of internal flash memory, an SD memory card slot to augment that and integrated speakers with a G-Sensor, all going for $269.99 a pop.
News From ubergizmo.com
[ttjad keyword=”android-device”]