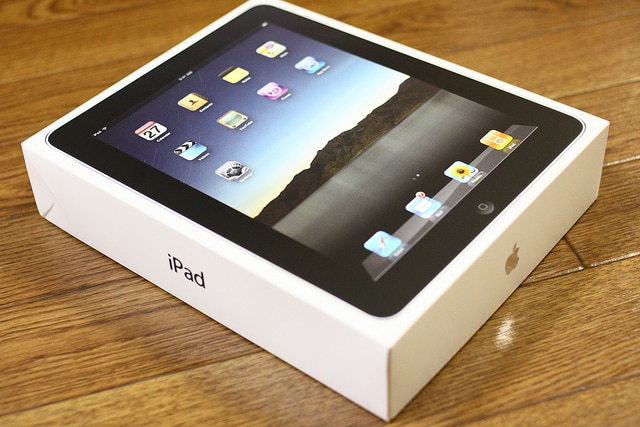 Although the launch event for iPad 3 is still to happen on March 7th, the hype surrounding the much-anticipated tablet is quite heightened. And there are rumors and reports surfacing about it, not many of them confirmed. Another report that has come to fore is that Best Buy stores are being shipped sealed iPad 3 cases in anticipation of the launch of iPad 3. According to the ‘source’ who revealed this, the boxes are sealed and they come with a sticker saying, “Do not display until official iPad 3 launch.” If that is true, it is right to assume that the box must be something of an accessory for the upcoming Apple tablet. According to the same person who tipped about this, these cases are being shipped in bulk, of course in anticipation of the huge sales that iPad 3 is sure to grab as soon as it is available for purchase.

According to the report by PhoneArena.com which first divulged the news of this development, “The shipment is not of just a few cases — there’s over 1,000 Targus Versavu 360 stands for the next-gen iPad shipping to Best Buy, meaning that it won’t be long until the actual tablet hits shelves.”

We wonder how could have the vendors of iPad cases been so sure of the size of iPad 3 tablet. We do know that it’s roughly the same size and dimensions as iPad 2, albeit a little thicker and more tapered edges. But what if this turns out to be slightly inaccurate? In that case, the bulk of these cases would no longer be valid. Or perhaps, the case-makers did have some very reliable sources.
[ttjad keyword=”ipad”]