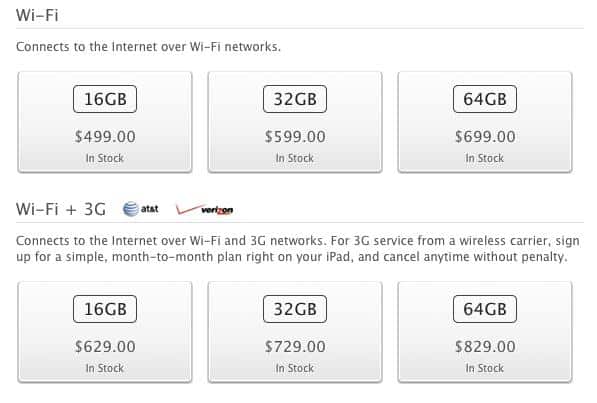 The count down for the iPad 3 launch event has come down, from months and days, to hours now. It is scheduled to be on March 7th and shall satiate all our curiosities and queries about the highly anticipated tablet. However, inside scoops haven’t stopped yet and now, it has been reported that according to a very reliable source, the pricing package for iPad 3 will be the same as that of iPad 2. This may be a mood-lifter for prospective iPad 3 buyers who were worried over reports that iPad 3 will cost much more. It had been indicated earlier that the price of iPad 3 tablet would be some $70 – $80 higher than iPad 2 models. But now, a reliable source of 9to5mac, someone who has been proved correct numerous times, has divulged that there is no difference in the pricing of both tablets and that iPad 3 will debut with the same price tags.

Mr. X, or that’s how this anonymous source is known as, has also revealed that the configurations of different models of iPad 3 will be exactly the same as iPad 2. There will be 16GB, 32GB and 64GB models. This is significant because DigiTimes had earlier claimed that according to its sources, Apple will be unveiling an 8GB iPad 3 tablet. But Mr. X seems to have entirely dismissed this possibility.

But if there’s any truth to the possibility of Apple introducing a new configuration for iPad, it would most probably be for iPad 2 which would take a back-seat once iPad 3 comes. An 8GB model will make iPad 2 tablets much more affordable and Apple will be able to empty it’s inventories pretty quickly.