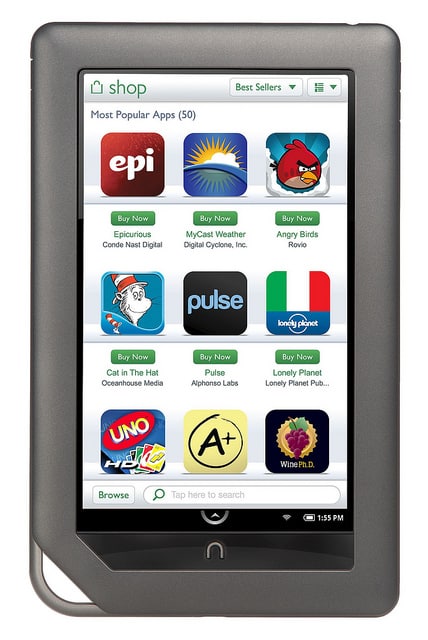 According to a new in-depth report from the New York Times, Barnes & Noble is cooking up something very tasty. You’ve guessed it – apparently a new Nook “thingy” is in the makes and flying in bookshops across the country somewhere around spring. It is going to be the company’s fifth device. “At its labs in Silicon Valley last week, engineers were putting final touches on their fifth e-reading device, a product that executives said would be released sometime this spring,” the report said. The details are pretty sketchy at this moment, because no comments have been released by Barnes & Nobles, but we are expecting them soon enough. Even so, rumors are already circling the Internet, regarding the possible direction this new device might take.

First off, Barnes & Nobles could be working on a device similar to the Nook Tablet, intending to add a larger screen. The other option involves building a cheaper eReader that could break all possible boundaries and go beyond the $50 barrier. At the moment the eBook reader market is dominated by Amazon with 60% of shares, while Barnes & Nobles managed to snatch only 27%. Maybe coming up with a cheaper eBook reader is part of a strategy to try and attract more users to the Nook family.