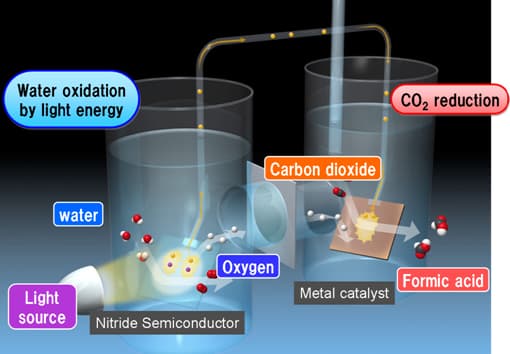 Carbon emissions are an increasingly greater problem for mankind. According to multiple reports, they are adversely affecting the environment. One of the most efficient processes in nature to tackle carbon emissions in the air is photosynthesis in plants. Now, Panasonic has tried to imitate this process to reduce carbon emissions. Formic acid, in itself, is not a very healthy by-product. It is toxic for humans and corrosive but it still has a lot of uses. For instance, it can be used in dyes and perfumes and can also be used in preserving food for livestock. Moreover, formic acid is also very useful in producing pesticides.

Although Panasonic claims that this is the most efficient imitation of photosynthesis that has been possible to this day, the overall efficiency of the system is a mere 0.2 percent. However, similar ventures in the past have failed because their efficiency was far worse. So in a way, Panasonic’s claim of having created the most efficient artificial photosynthesis system is right.

The company hopes that this system could be deployed at such facilities which are producing carbon emissions. By converting these emissions into something useful can significantly reduce the overall carbon footprint.