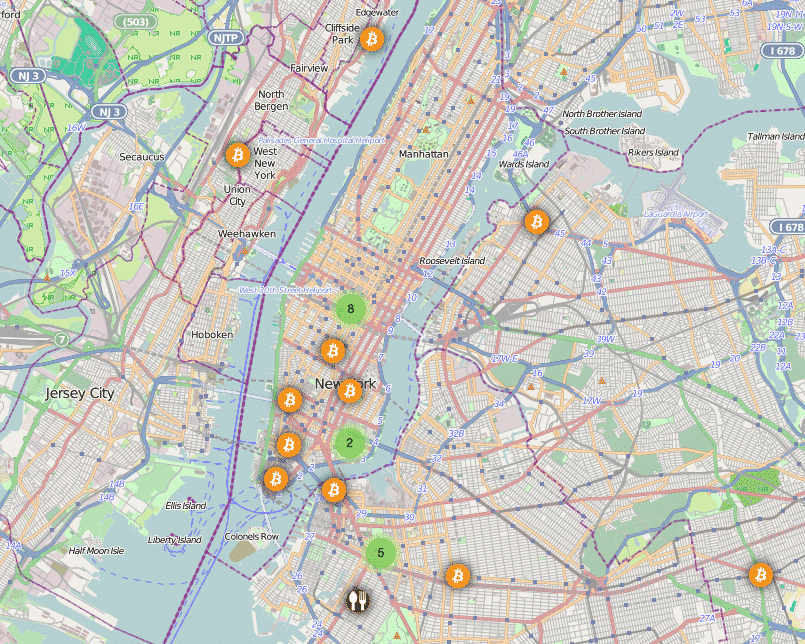 Although Bitcoin had made countless headlines in the last month or so and attracted a huge audience, it is still accepted only at a few select stores around the globe. CoinMap now tracks and shows all these stores in an interactive map. Bitcoin may have been around for some years now but the digital currency became popular only recently when the value of one Bitcoin surpassed $1,000. Although many have speculated about the stability of Bitcoin and whether or not it will stay so high, most are convinced that it is a significant phenomenon that can no longer be ignored.

This is precisely why many buyers and sellers have jumped the Bitcoin bandwagon, trying to get in as early as possible. To help Bitcoin users track down such locations where their digital currency can be spent, CoinMap is a useful tool. The map essentially allows users to add their own listings, which means that it wouldn’t be 100% accurate.

Nonetheless, it still provides a good visual summary of how Bitcoin has come to be accepted by retailers, stores and other such facilities all around the globe. Bitcoin-accepting stores may be few, but they are well scattered in every single continent. The highest concentration of these stores tends to be in Europe, with Argentina having a particularly concentrated cluster. In New York alone, there are more than 10 locations that accept Bitcoin as a form of payment. The map posted above shows you these locations, so if you’ve been stashing away the hard-earned nuggets until now, it’s time to spend some of that fortune.

Google I/O Sandboxes have got some amazing App and Gadget