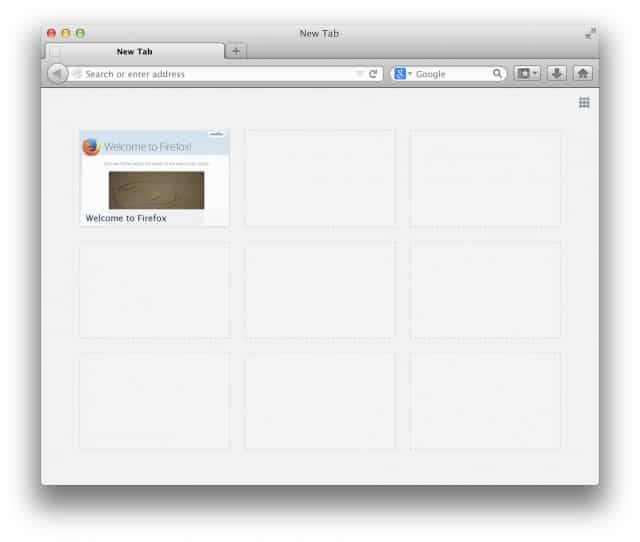 We know that Mozilla Firefox team is working on its own OS. Besides, it is also trying to make its existing software more relevant to users and thus can earn a little more profit. However, yesterday the organization announced that it will put ads in new tabs. According to Mozilla Foundation, it will start showing advertisements for “hand-picked” partner websites and locally popular sites to new users of its upcoming versions of Firefox. The new tab page will include a selection of a user’s most-visited sites represented by individual tiles. But when a new Firefox user or longtime user with a fresh install opens up Firefox, the new tab page will include essentially 9 blank Directory Tiles like this. Directory Tiles are described as a set of pre-packaged selections with a limited level of personalization. Mozilla says it will add a mix of sites from its own ecosystem, popular sites from a particular geographic location, and “sponsored tiles” from partners. The sponsored tiles will be labeled, and unless users end up visiting those sites a lot, they’ll presumably soon be replaced by more organic content.

In Mozilla’s view, those blank Directory tiles could be put to better use. At present, Mozilla is talking to some “potential advertising partners.”

Your Browsing Patterns Reveal When You Are Depressed