Buffer is a social media scheduling app. It is a better way to share on social media for free. The social scheduling tool helps you share contents at the best possible times throughout the day so that your followers and fans see your updates more often. However, the buzzing news is Buffer has been hacked!

Buffer has officially confirmed about this hacking in a tweet citing, “Hi all. So sorry, it looks like we’ve been compromised.” 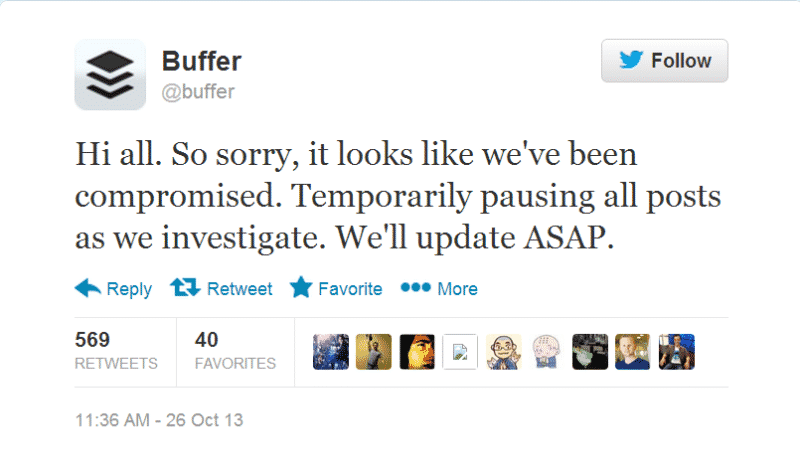 After the hack primarily Buffer said that not every user has been ‘affected by the exploit’ but later the company confirmed that neither any user’s ‘passwords or billing/payment information have been exposed.’

However, now what Buffer has done is “Temporarily pausing all posts” and the team will “investigate” and as soon as they are done investigation, they’ll “update ASAP.”

Stay with us. We’ll update you as soon as possible.

Update: Buffer has increased security and restored all sharing services now. All postings are working normally again as before. But you may find double sharing each time. Be noted, users have to reconnect their social accounts with Buffer to post again. Besides, Buffer is posting continual updates on its Facebook page as well as on its Twitter page. If you have any any questions to ask write it in the comments box of Buffer’s blog or email them to hello@bufferapp.com.

[Video] Spend $10 And Turn Your Smartphone Into A Microscope

Snapchat Hacked! Millions Of User Contents Are Circulating Around The Web!