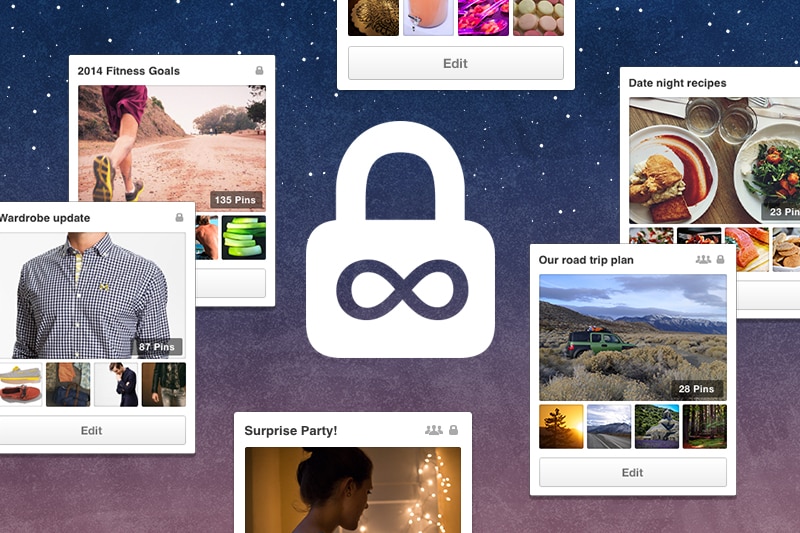 Until recently, Pinterest users could have only six secret boards. The feature has turned out to be a huge hit with the Pinterest audience and so, the social network is now allowing unlimited secret boards. The secret boards essentially serve an important function. The feature is used to organize private parties, surprise events and allows a Pinterest user to regulate the privacy of the boards with ease. Secret boards were first introduced by Pinterest back in 2012 and the original limit stood at three secret boards per user.

As the feature gained traction and became increasingly popular, the company increased that number to six secret boards per user. Following an ever-growing demand from the users to increase that number, Pinterest has finally gave in and announced that Pinterest user can now have unlimited secret boards.

One of the best things about the secret boards is that they can be used for a collaborative effort between multiple individuals, without being intruded upon by the public. The user who creates the secret board can invite as many people as he/she wants to it.

The official post which announced the change in policy states, “With unlimited secret boards, there’s no limit to the number of ways for you to plan, contemplate, practice and explore all the things you want to do. Go ahead, keep it a secret.”

Secret boards are also being actively used for personal planning. In a way, it is an excellent organizing tool wrapped within a visual treat – you can put it to a personal as well as professional use.

The blog post also gives some ideas as to how secret boards can be used, “Secret boards are perfect for planning something you’re not quite ready to reveal to the world—inspiration for that website you’re building for your business, perhaps? Maybe you have personal goals you want to keep, well, personal. Try a secret board—no one will know about your fitness plan for bulking up or leaning down before your upcoming vacation. Don’t forget, you can always invite friends to your secret boards so you can hatch plots together in private.”