Mecanoo designed the Library of Birmingham, England with the goal of solidifying Centenary Square as a center for arts, culture, and entertainment. The library design aims to integrate the buoyant cultural aspect of the zone, and transform that into well defined spaces within the building. It will be amalgamated to the Repertory Theater next door, even sharing programs and events, along with a 600 seat theater inside the library itself. 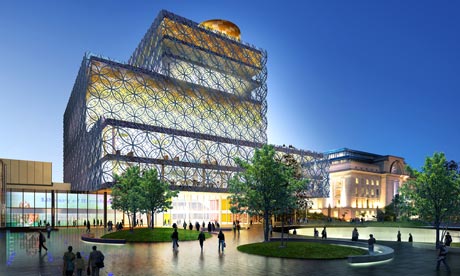 The Library will also feature a unique outdoor amphitheatre for performances that is sunk into the ground and attached on an underground level to the main structure.

Eco-Friendly Computer Mixes Tech And Organic Into One 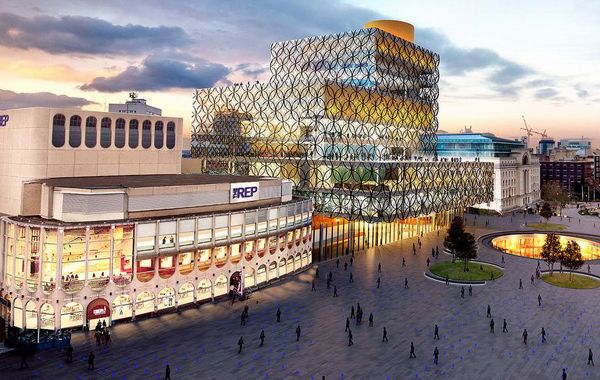 To pay tribute to the industrial artisan history of Birmingham, Mecanoo added the ornamental circle/star shaped design that adorns each exterior wall. The façade masks an interior designed around eight cylindrical rotundas that house various collections and let in natural light. To engage visitors to the surrounding Centenary Square, Mecanoo added a cantilevered balcony to overhang the square.

Environmental sustainability was a key goal, among other measures, they employed sun shading and reflective materials in the windows of the transparent façade, which will also respond to environmental conditions and either open or close for fresh air intake and flow. They are also incorporating grey water pumps and taking advantage of the passive solar heating and natural lighting made possible by the facade. 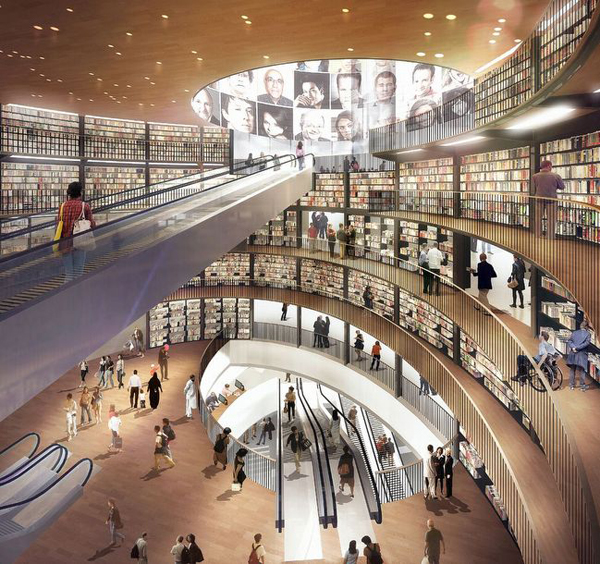 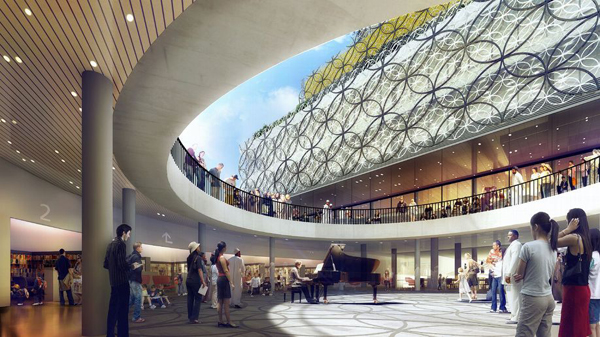