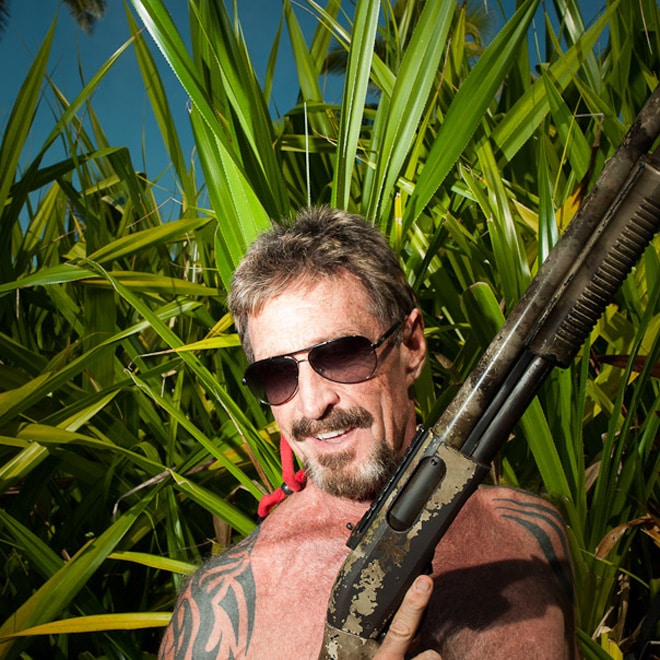 John McAfee is a very well-known name in the world of digital security since he coined the very concept of commercial antivirus. McAfee has been known for his erratic behavior in the past and now, the Belize police is looking for him on alleged charges of murder. The case revolves around the murder of Gregory Faull, who was an American expatriate in Belize. According to other residents in the locality, McAfee and Faull didn’t see eye to eye and had their disagreements. And that Faull had recently filed a formal complaint against McAfee with the mayor’s office.

According to the police, they recently discovered Faull’s body at his home in a pool of blood with a gunshot wound. His iPhone and laptop were also missing from the crime scene.

Whereas there is no definite evidence tying McAfee to the crime yet, McAfee has been actively involved in the production and abuse of drugs such as MPDV. In fact, he has proudly cited the hallucinatory affects of MPDV in the past and had created a special chemical lab of his own in Belize, reportedly to explore the possibility of refining and creating more efficient drugs.

However, McAfee has narrated a wildly different side of the story. According to him, the Belize authorities wish to eliminate him and Faull was killed by mistake, given the fact that he too was an American expat. He says, “I thought maybe they were coming for me. They mistook him for me. They got the wrong house. He’s dead. They killed him. It spooked me out.”

He goes on to say, “Under no circumstances am I going to willingly talk to the police in this country. You can say I’m paranoid about it but they will kill me, there is no question. They’ve been trying to get me for months. They want to silence me. I am not well liked by the prime minister. I am just a thorn in everybody’s side.”

Walmart is taking over the top online video company Vudu