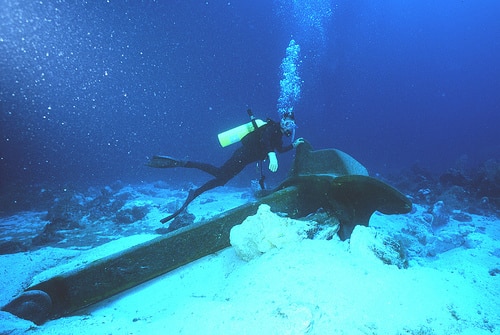 A major earthquake and several aftershocks in Taiwan, which injured dozens of people and caused several fires on Thursday. This quake was centered in the same mountainous region of rural Kaohsiung county that endured the brunt of the damage from Typhoon Morakot, a devastating storm that killed about 700 people last August, also sent Chunghwa Telecom workers scrambling to fix undersea fiber-optic telecommunications cables to prevent service disruptions around Asia.

Taiwan’s biggest telecommunications company said the initial 6.4-magnitude earthquake, which struck near the southern Taiwan city of Pingtung, damaged four undersea cables in six different places, knocking out service for parts of the day Thursday and early Friday. Global communications and Internet service on all networks has already been restored, mainly by rerouting service on undamaged cables. The SWM-3 (Southeast Asia – Middle East – Western Europe 3) cable between Taiwan and China’s Guangdong Province went down at around 5:26 p.m. on Thursday, several hours after the first earthquake, and the company rerouted service by 8 p.m., according to a statement from Chunghwa.

The CUCN (China, U.S. Cable Network) line to China went down at 9:10 p.m., but the company was able to restore service by 10:30 p.m.. Later that evening, at 11:18 p.m., the APCN (Asia Pacific Cable Network) cable from southern Taiwan to Hong Kong was disrupted but service was restored by 1 a.m. Friday. Service on the APCN cable line between Taiwan and Singapore dropped out at 2:34 a.m. Service on that cable was rerouted but the company is still working to repair damage, it said.

The FLAG (Fiber Optic Link Around The Globe) North Asia Loop (FNAL) cable was also damaged between Taiwan and Hong Kong, knocking out Internet service for a while. Service on that line was rerouted and has been fully restored, Chunghwa said.

Most of the work done on cables was to reroute traffic or restore service. Chunghwa Telecom said it has notified groups responsible for repairs of the damage to the cables.

Undersea fiber-optic cables carry the bulk of the world’s Internet and communications traffic. Cables around Taiwan have a rough life. The island is often battered by typhoons and earthquakes that can knock them out or cause undersea landslides, which send boulders showering down on them. Last August, deep sea landslides caused by Typhoon Morakot damaged at least three undersea fiber-optic telecommunications cables and disrupted three others, causing communications and Internet service disruptions throughout Asia.

Microsoft Corp. has signed a patent cross-license agreement with Amazon

Watch The Exclusive Wreckage Of ‘Titanic’ On 15 April