Recently, a person has discovered a 5,000-year-old human skull in ‘fabulous’ condition at the banks of Avon river in Worcershire. The person thought it was rather a ball or a coconut shell.

The human skull is about 15 cm (6-inch) in length and 10 cm (4-inch) in width. According to experts, this 5000-year-old ancient skull is an ‘exceptional find’ as the intricate marks from blood vessels are still visible on the inner surface. The smooth dark outer side gives only a tantalising glimpse as to what the person may have looked like. On the contrary, some ‘tentative’ suggestions say the skull may have belonged to a woman. 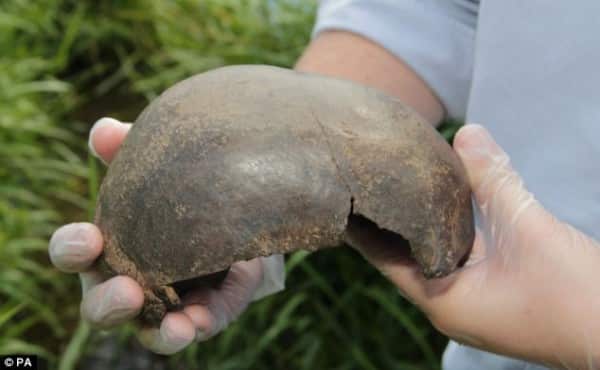 Archaeologists believe the skull is from in between 3,338 BC and 3,035 BC, or about the middle Neolithic period. The archaeologists think, the person when died had received a riverside burial and later flood brought this down the river. And due to river current, the skull finally came to shore. Here’s a video for you.

However, archaeologists have admitted that it is difficult for them to draw conclusions about the person found, and certainly there is no clue as to how they met their death. So, the skull is still remained a mystery to archaeologists.