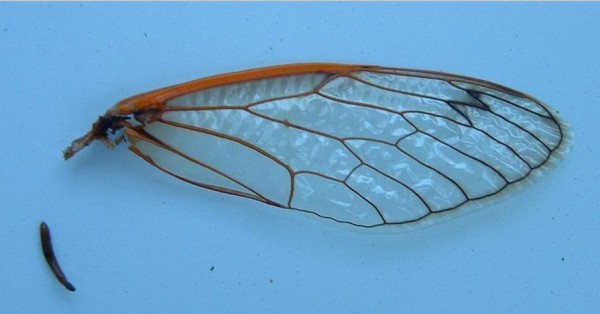 According to the Environmental Protection Agency (EPA) estimation of 2010, alone United States generated approximate 14 million tons of plastics (for containers and packaging), around 11 million tons as durable goods and near 7 million tons as nondurable goods. But, only 8 percent of this plastic was recovered for recycling. Researchers were looking for an alternate option which will be less costly and a biodegradable material too. Some researchers at the Wyss Institute for Biologically Inspired Engineering at Harvard University think they may have found the thing what they had been looking for – insect cuticle.

Based on the Advanced Materials publication, recreating the components of insect cuticle – Chitin, a polysaccharide polymer and protein organized in a laminar plywood-like structure, scientists were able to engineer an insect cuticle alike thin, clear film material Shrilk that has the same composition and structure as insect cuticle. Shrilk is similar in strength and toughness to an aluminum alloy, but it is only half the weight. It is biodegradable and can be produced at very low cost, since Chitin is readily available as shrimp waste.

Shrilk could be a versatile substitute to petroleum-based plastics in the near future. For further details, you can head over to TG Daily.

Genetically Modified Algae Could Produce The Fuel Of The Future