Water is a valuable resource and its availability is crucial to our existence. No other compound is more important to us than water. Both our planet – Earth, and the brightest star of the solar system – the Sun, consist of water. The very interesting thing is a recent study claims that Earth’s water is older than the Sun.

NASA Reveales Why The Sun’s Atmosphere Is So Much…

Earlier it was reported that dwarf planet (Ceres) may contain more fresh water than Earth and few days later researchers found Ceres spewing water into space. On the other hand, some researchers claimed that super-earths (massive alien worlds) may contain huge amount of water hidden beneath the surface. Even Hubble telescope captured Europa (Jupiter’s moon) spouting water (vapor). So apparently, it appears that every planet as well as star is, at least partially, made of water.

And now, researchers at the University of Michigan claim that much of the water on Earth and elsewhere in the solar system likely predates the birth of the sun. The finding suggests that water is commonly incorporated into newly forming planets throughout the Milky Way galaxy and beyond and this is a “good news” to the researchers. 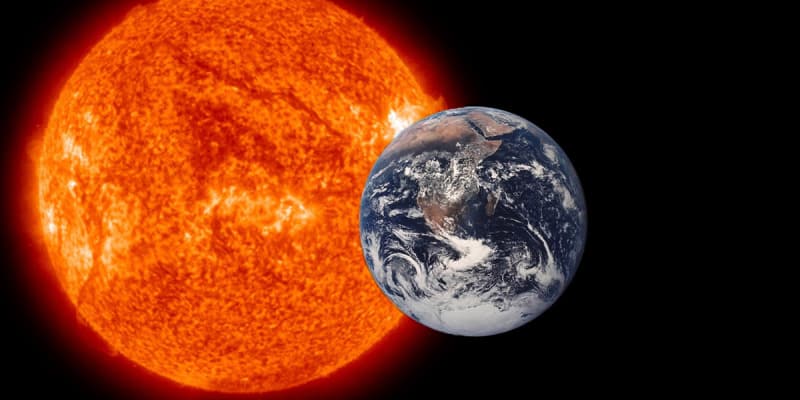 The researchers constructed models that simulated reactions within a protoplanetary disk, in an effort to determine if processes during the early days of the solar system could have generated the concentrations of heavy water observed today in Earth’s oceans, cometary material and meteorite samples. The team reset deuterium (isotope of hydrogen with atomic weight of approximately 2) levels to zero at the beginning of the simulations, then watched to see if enough deuterium-enriched ice could be produced within 1 million years — a standard lifetime for planet-forming disks. But they found a negative result suggesting that up to 30 to 50 percent of Earth’s ocean water and perhaps 60 to 100 percent of the water on comets originally formed in interstellar space, before the sun was born.

Ilse Cleeves, an astronomy Ph.D. student at the University of Michigan as well as a lead author of the study, said via email, “The implications of our study are that interstellar water-ice remarkably survived the incredibly violent process of stellar birth to then be incorporated into planetary bodies. If our sun’s formation was typical, interstellar ices, including water, likely survive and are a common ingredient during the formation of all extrasolar systems. This is particularly exciting given the number of confirmed extrasolar planetary systems to date — that they, too, had access to abundant, life-fostering water during their formation.”

On the other hand, Conel Alexander, study co-author who is from the Carnegie Institution for Science in Washington, D.C., said in a statement, “Why is this important? If water in the early solar system was primarily inherited as ice from interstellar space, then it is likely that similar ices, along with the prebiotic organic matter that they contain, are abundant in most or all protoplanetary disks around forming stars. But if the early solar system’s water was largely the result of local chemical processing during the sun’s birth, then it is possible that the abundance of water varies considerably in forming planetary systems, which would obviously have implications for the potential for the emergence of life elsewhere.”

Researchers have published their findings in the journal Science.

Source: Nature
Thanks To: Space

Submarines May Soon See Above Water’s Surface With Virtual Periscope

Study Suggests Nuclear Bomb Can Save Earth From Colliding An Asteroid

25% Americans Don’t Know That Earth Revolves Around The Sun