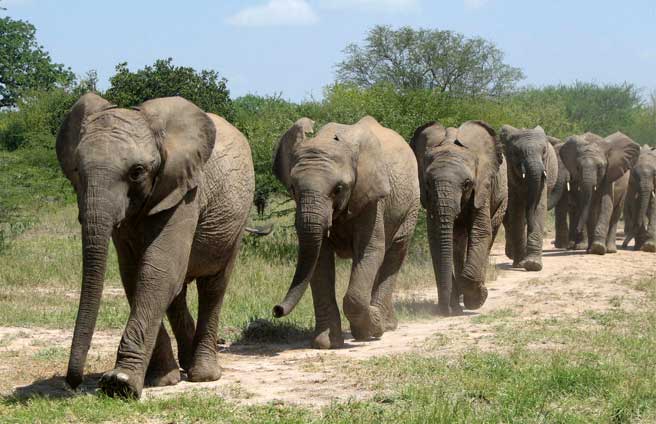 Human voices contain a whole range of emotions and information. A recent study shows that elephants are far better than us at understanding human voices and inferring valid conclusions from them. Given their sheer size, it would appear that the hearing of the elephants compensates for the fact that they can’t run away fast. With their extraordinary hearing powers, elephants are able to tell whether or not a voice poses danger.

The authors of the study observed the wild elephants in Amboseli National Park in Kenya. These elephants have to deal with two kinds of human visitors locally – those from the Masaai tribes or the ones from Kamba group. Masaai tribes are known for their hunter lifestyle while Kamba group has a more agricultural outlook.

Most animals can distinguish between voices of different species. But it is rare to see an animal hear the same sentence from two different humans and understand exactly which is dangerous for it. The study on Amboseli National Park elephants reveals that when they hear a Kamba man or woman, they don’t make much of it because they know that they pose no danger.

Interestingly, when the elephants were made to listen recordings of the Masaai men, they huddled together or retreated, acknowledging the danger posed by the hunters. But when they listened to the voice recordings of Masaai women, they didn’t respond in a similar nature.

That in itself is an immensely useful survival trait. But elephants are able to discern the nature of the voices on an even finer scale. According to Graeme Shannon, the lead co-author of the study, the elephants were then made to listen digitally altered voices. These voices were altered so that Masaai men sounded like women and the voices of the women played like voices of men.

But the elephants were able to identify which voices originally belonged to men, and responding only to those voices by retreating or huddling up. Shannon says, “That was really intriguing because the recordings sounded good to us. We thought we were being quite clever when we changed the voices.”

The study conclusively proves that elephants make use of some very smart clues to identify genders behind different voices. They then tailor their response based on this understanding. While in the case of other animals such as lions, elephants may respond with aggression, they tend to shy away from humans and try to avoid any conflict.

Source: Proceedings of the National Academy of Sciences

Bionic Eye Implant To Give Vision Back To The Blinds