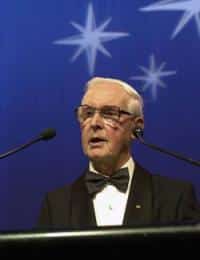 Eminent biologist Professor Frank Fenner, who helped to eradicate smallpox, recently made the dire prediction that humans will probably be extinct within the next 100 years due to overpopulation, environmental destruction and climate change. Fenner, who is emeritus professor of microbiology at the Australian National University (ANU) in Canberra, said homo sapiens will not be able to survive the population explosion and “unbridled consumption,” and will become extinct, perhaps within a century, along with many other species. United Nations official figures from last year estimate the human population is 6.8 billion, and is predicted to pass seven billion next year.

Fenner told The Australian he tries not to express his pessimism because people are trying to do something, but keep putting it off. He said he believes the situation is irreversible, and it is too late because the effects we have had on Earth since industrialization (a period now known to scientists unofficially as the Anthropocene) rivals any effects of ice ages or comet impacts.

Fenner said that climate change is only at its beginning, but is likely to be the cause of our extinction. “We’ll undergo the same fate as the people on Easter Island,” he said. More people means fewer resources, and Fenner predicts “there will be a lot more wars over food.”

Easter Island is famous for its massive stone statues. Polynesian people settled there, in what was then a pristine tropical island, around the middle of the first millennium AD. The population grew slowly at first and then exploded. As the population grew the forests were wiped out and all the tree animals became extinct, both with devastating consequences. After about 1600 the civilization began to collapse, and had virtually disappeared by the mid-19th century. Evolutionary biologist Jared Diamond said the parallels between what happened on Easter Island and what is occurring today on the planet as a whole are “chillingly obvious.”

While many scientists are also pessimistic, others are more optimistic. Among the latter is a colleague of Professor Fenner, retired professor Stephen Boyden, who said he still hopes awareness of the problems will rise and the required revolutionary changes will be made to achieve ecological sustainability. “While there’s a glimmer of hope, it’s worth working to solve the problem. We have the scientific knowledge to do it but we don’t have the political will,” Boyden said.
Fenner, 95, is the author or co-author of 22 books and 290 scientific papers and book chapters. His announcement in 1980 to the World Health Assembly that smallpox had been eradicated is still seen as one of the World Health Organisation’s greatest achievements. He has also been heavily involved in controlling Australia’s feral rabbit population with the myxomatosis virus.

Professor Fenner has had a lifetime interest in the environment, and from 1973 to 1979 was Director of the Centre for Resource and Environmental Studies at ANU. He is currently a visiting fellow at the John Curtin School of Medical Research at the university, and is a patron of Sustainable Population Australia. He has won numerous awards including the ANZAC Peace Prize, the WHO Medal, and the Albert Einstein World Award of Science. He was awarded an MBE for his work on control of malaria in New Guinea during the Second World War, in which Fenner served in the Royal Australian Army Medical Corps.