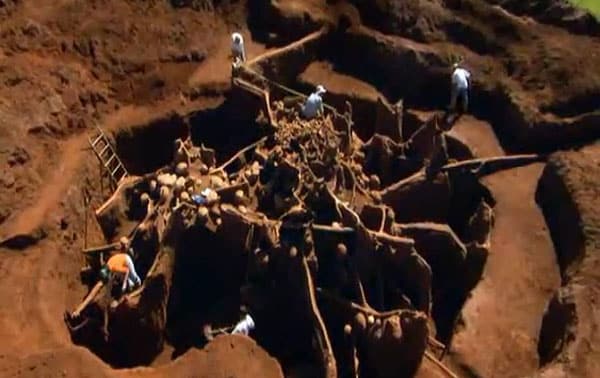 Compared to other animals, ants are more industrious and intelligent. Usually they live underground. Although we see a very tiny hole through which they enter or exit underground, the very interesting thing is none can even imagine in dreams that what they can build underground – a sophisticated ant city that features vast subterranean highways, paths and gardens. Last year, a group of researchers found a giant and abandoned ant colony built underground in Brazil. The ant city was 26 feet below the surface and it covered an area of 500 sq ft. As soon as researchers had reached there, they became astonished by seeing how genius the ants are. They found such an incredible ant city there that was described as the ‘ant equivalent of the Great Wall of China.’ The abandoned megalopolis featured vast subterranean highways, paths and gardens. The very interesting thing that researchers realized that all the ants used to follow chain of command there. There was a queen who used to collect 300 million sperm form male ants before she set up her colony. Later more ants started to come to life and based on the size and age, the queen ant used to distribute works among the ants. These ants were called “worker.” Some workers used to build the city, while some used to collect vegetation. Other aged worker ants used to take care of waste. Larger ants, known as majors, were used to deter enemies. They were able to lift up 50 times weight than their weight. The Next Century Holds Many Disasters And Droughts – Climate Forecast