Although, volcanoes are generally found where tectonic plates are diverging or converging, there are some volcanoes under sea. However, lately some geologists have said that they’ve found a new giant volcano under the Pacific Ocean. The under water volcano is such giant that they are calling it the world’s largest underwater volcano.

The newly discovered volcano is called Tamu Massif. It is located about 1,000 miles east of Japan. Tamu Massif is a rounded dome that measures about 280 by 400 miles (450 by 650 kilometers), or 120,000 square miles. Its top lies about 6,500 feet (about 2,000 meters) below the ocean surface, while the base extends down to about 4 miles (6.4 kilometers) deep. The volcano dwarfs the largest active volcano on Earth, Mauna Loa in Hawaii, which measures about 2,000 square miles (5,200 square kilometers). In fact, by comparison, Hawaii’s Mauna Loa is roughly 2 percent the size of Tamu Massif. 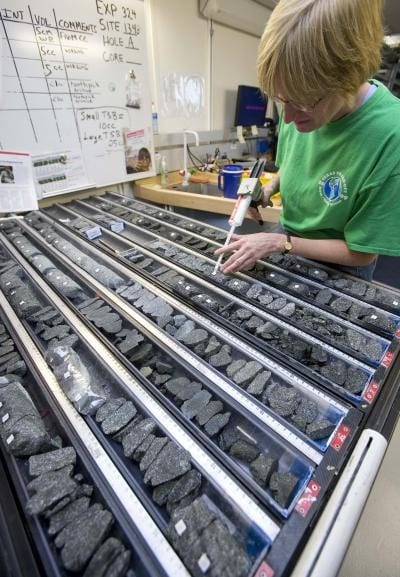