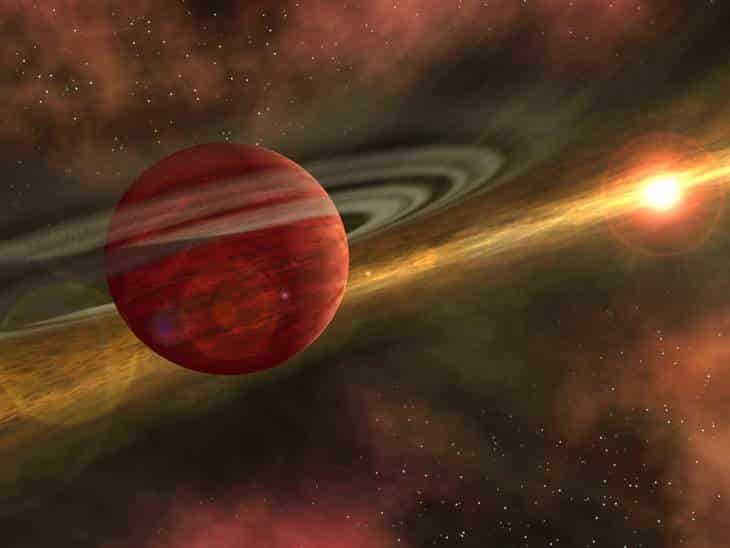 Although we have been taught that there are 8 planets in the space, astronomers still try to discover new planets. Lately, a group of researchers from the University of Arizona  has discovered a giant alien planet dubbed as HD 106906 b which is believed to be 11 times bigger than the size of Jupiter, the largest planet in the solar system. Researchers found this planet using a thermal infrared camera mounted on the Magellan telescope in the Atacama Desert in Chile. The researchers used data from the Hubble Space Telescope to confirm their discovery. However, researchers have estimated that HD 106906 b is 13 million years old. The alien planet is orbiting its hosting star at 650 times the average distance between the Earth and the Sun. According to researchers, the planet is still glowing from the residual heat from its formation. To be specific, currently the planet has a heat of 2,700 °F which is much cooler than its host star.

The study has been accepted for publication in a future issue of The Astrophysical Journal Letters. However, researches believe that such discovery will help the better understand distantly orbiting exoplanets.

Regarding the newly discovered planet, Bailey has said, “Systems like this one, where we have additional information about the environment in which the planet resides, have the potential to help us disentangle the various formation models. Future observations of the planet’s orbital motion and the primary star’s debris disk may help answer that question.”