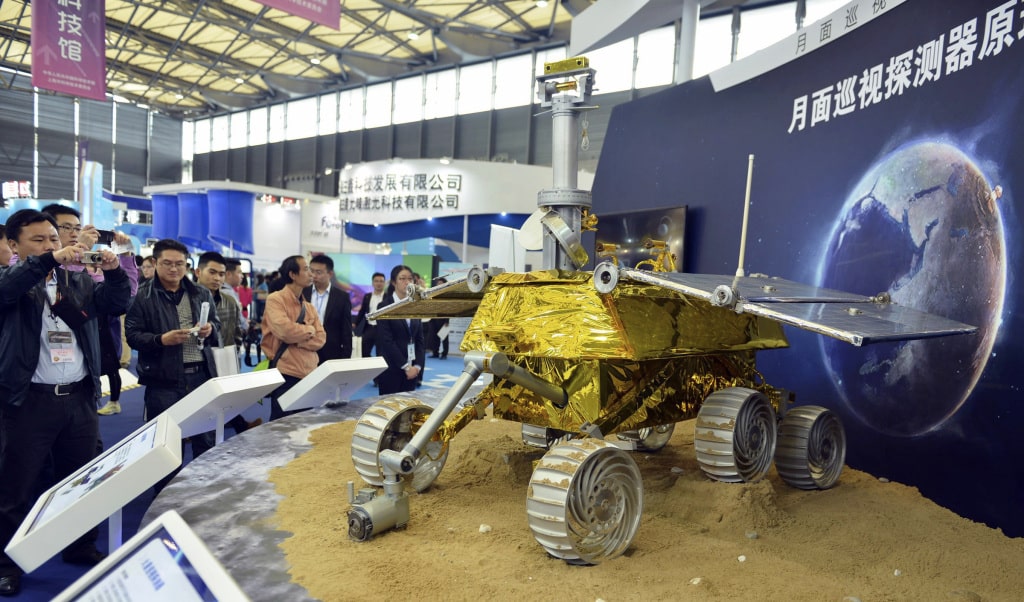 Sending rovers and manned missions to the Moon was fairly popular back in ’70s’ when Russia and US were pitted against each other in a space race. China seems to be reviving the tradition now by sending out its first rover bound for Moon. Although China has entered the space race quite late, the country has sped up its space program in the last two decades. The country has already launched two moon missions in the past and now, it has launched a rover heading for moon.

The goal is in line with Chinese aim of landing a rover on moon by 2013, bringing back rock samples from the moon by 2020 and eventually, sending out manned missions. Back in 2011, Chinese officials affirmed these goals which reinforce the reports that China is exploring moon as a possible source of minerals and energy.

It remains to be seen how practical moon could be as a source for any useful minerals but China’s rover is the first soft-landing rover on it since 1976. These days, many instruments are sent from space to the moon’s surface by space agenices in a bid to keep the space clear. But these instruments crash on to the moon’s surface and are no longer used. A soft landing, on the other hand, indicates a safe landing.

Commenting on China’s mineral-extraction interests in the moon, Professor Richard Holdaway, a British space scientist, says, “It’s perfectly plausible from the technical point of view, absolutely plausible from the finance point of view because they have great buying power, so I think, yes, there’s nothing at all to stop them doing that probably within something like 10 years.”