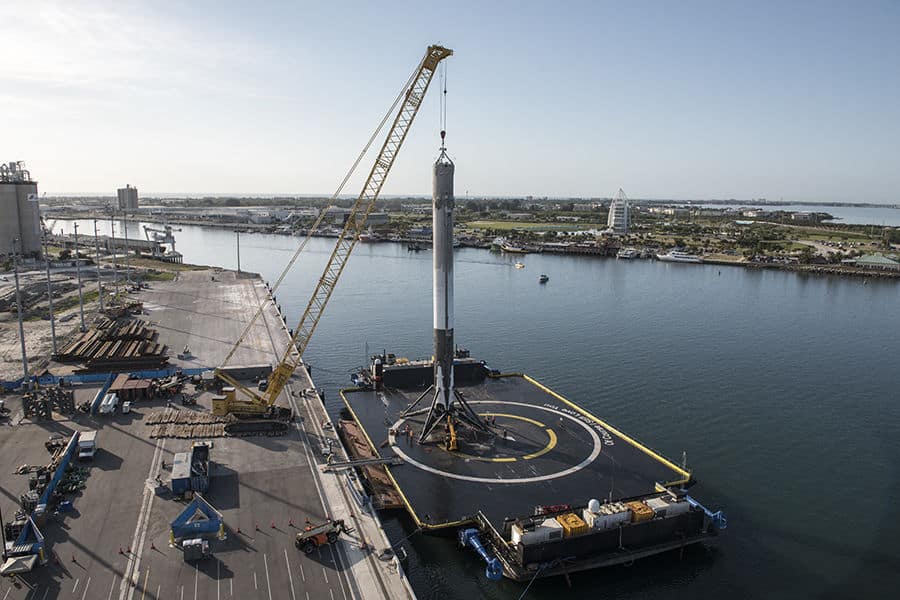 SpaceX launched the final Block 5 version of their Falcon 9 rocket on Friday, 11th May 2018. According to Elon Musk, this updated version of the rocket can be flown more than 100 times in its lifetime.

The Block 5 version blasted off from Florida’s Kennedy Space Centre. It was carrying the first ever communications satellite for Bangladesh, Bangabandhu satellite-1. After sending the Satellite to the orbit, the spacecraft landed on the Atlantic-based Droneship “Of course I Love You.”

According to Elon Musk, the Spacecraft will fly three to four times this year. And, as ambitious as it sounds, Elon Musk has expressed his desire to demonstrate that the same rocket can be reused within 24 hours of its first launch.

The Model 5 is the most advanced rocket yet created by SpaceX. The Model 5 has two Merlin Engines, one at the bottom and the other at the top. Currently, the top engine has a 5% and the bottom engine has an 8% increased thrust than before. This rocket is expected to take astronauts into the Space Station for NASA. Furthermore, it is expected to be the most reusable rocket ever created by SpaceX.

Why is Block 5 Different?

Model 5 can carry on flights without the need for in-between flight maintenance. Once one of the rocket lands, SpaceX will turn it horizontally and add a new upper stage and a nose on top of the rocket, then turn it vertically again and blast off! Surprisingly, the rocket will only need maintenance checks after 10 flights in a row.

The ultimate goal for SpaceX is to reduce the turnaround time for such flights. The Model 5 is now deconstructed and going through inspection. The aim of this inspection is to see if the rocket is capable of continuing further flights. SpaceX plans to launch the same spacecraft twice in a 24-hour span sometime in 2019. As of now the shortest time gap between two back to back flights has been two days.

Mars Could Have Supported Life In Distant Past, Strong Evidence Found