Since the successful and safe landing of China’s first unmanned spacecraft Chang’e 3 on the Moon, the country has achieved third position for safely sending spacecrafts to the Moon after the United States and Russia. And now, space agency NASA’s moon probes are keeping a sharp eye on Chang’e 3. 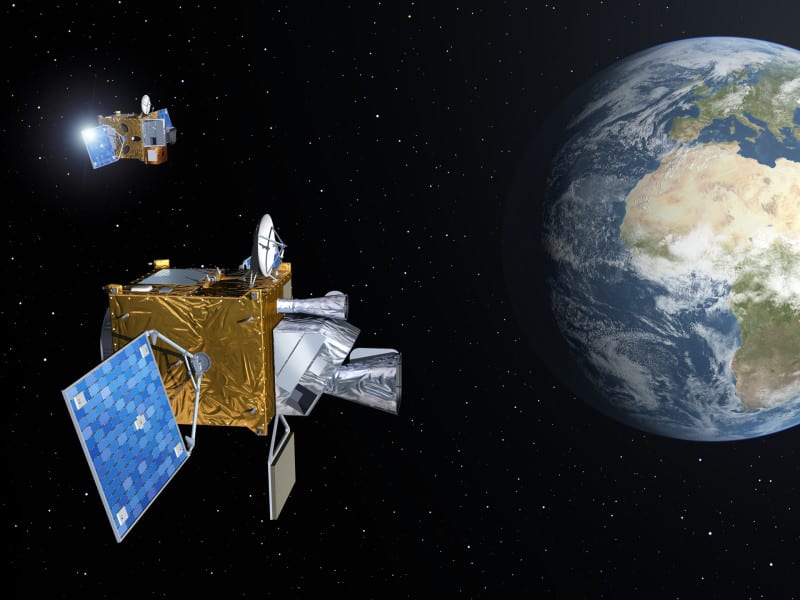 China’s first unmanned spacecraft Chang’e-3 is the first soft-landing on the Moon by any spacecraft in 37 years. This spacecraft includes a lander and a moon rover called “Yutu” (Jade Rabbit). Within a very short time since landing, Jade Rabbit rover sent outnumbered images back to Earth. On the other side, before China sending Chang’e 3 towards Moon, NASA had already sent few moon probes – Lunar Reconnaissance Orbiter (LRO), Lunar Atmosphere and Dust Environment Explorer (LADEE), first Artemis spacecraft (P1), second Artemis spacecraft (P2) etc that had been orbiting the Moon. So since Chang’e 3 entered the Moon’s orbit, all the NASA probes started to keep a sharp eye on it.

NASA’s LADEE kept an eye on Chang’e 3 to see the changes of the wispy lunar atmosphere while it touches down the Moon. On the other hand, the first Artemis spacecraft (P1) is observing Chang’e 3 in order to find out any plume signatures in the plasma or magnetic field associated with Chang’e 3’s landing, while the second spacecraft (P2) is keeping an eye on Chang’e 3 to observe pristine solar wind plasma and magnetic field conditions. These information will help NASA to “determine how dust is lofted from the lunar surface.”

NASA officials have said, “Repeated imaging of the landing site by LROC [the LRO Camera] will allow for detailed measurements of changes to the surface caused by the landing and movement of the Chang’e 3 rover. LROC can image the surface to identify changes caused by Chang’e 3’s descent engine, similar to what has been observed from previous lunar landers. The resulting atmospheric and surface changes will provide LRO with a new scientific opportunity to observe the transport of gases on the moon and the effects of local disturbances on the lunar regolith.”

[Tutorial] Five Things You Must Do Before Selling Your Smartphone