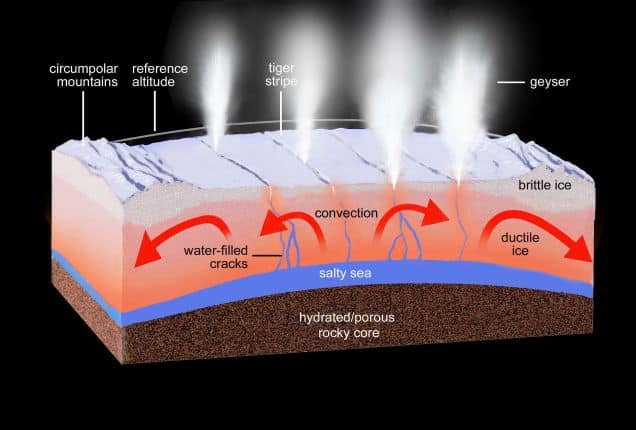 According to NASA scientists, the geysers are composed of tiny icy particles, water vapor and trace amounts of simple organic molecules. They were first sighted in Cassini imagery snapped during flyby’s of the 310-mile-wide (500 kilometers wide) moon back in 2005. But at then the scenario was absolutely different – water level didn’t rise as present. However, NASA scientists have said that these 101 distinct geysers are erupting water towards Saturn’s icy moon Enceladus. Their analysis suggests that the liquid water will reach from the moon’s underground sea to its surface via narrow pathways throughout the ice shell. Scientists have published these findings in the current online edition of the Astronomical Journal. See the GIF image showing possible geysers found by Cassini.