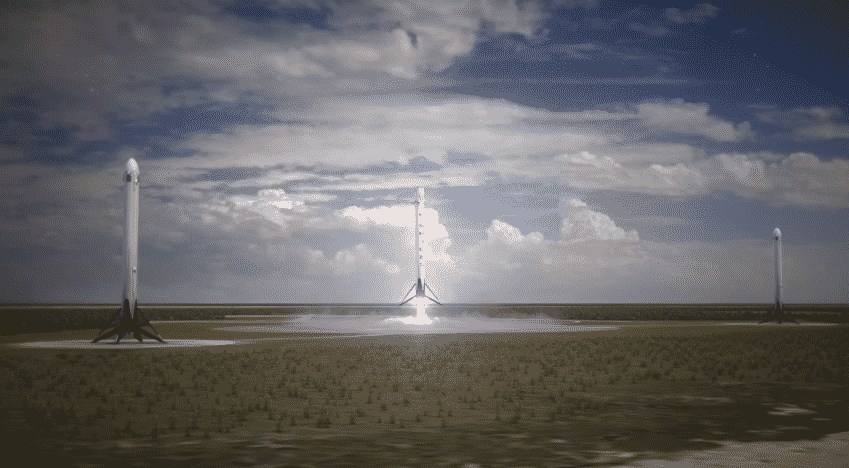 Elon Musk’s SpaceX testing and showing off its plan to land its rocket by itself for awhile. This video released by SpaceX shows their actual super ambition plan to land Falcon Heavy all by itself, by this year. Keep reading. Before any more discussion watch the video first.

Falcon Heavy is actually three Falcon 9 rockets strapped together. It will be able to carry 115,000 pounds (53,000 kg), the equivalent of a fully-loaded Boeing 737 passenger jet, to low-earth orbit. The Falcon Heavy will be the world’s most powerful operational rocket.

And this video shows what SpaceX planing to land its Falcon. The three Falcon will land itself separately. SpaceX already demonstrated with some failure to land its rocket in land and sea. Last month try to land the Falcon 9-R on 300 by 100 feet autonomous barge off the coast of Florida. It was not 100% success but the rocket almost landed in that tiny barge. SpaceX is going to do more trail throughout the year, to perfect itself, so the Falcon Heavy at the end of year could be a real thing.

Let’s hope for the best, for SpaceX, for human kind for its future expedition beyond Earth.

Trip To Outer Space Slows Down The Growth Of Cancer Cells