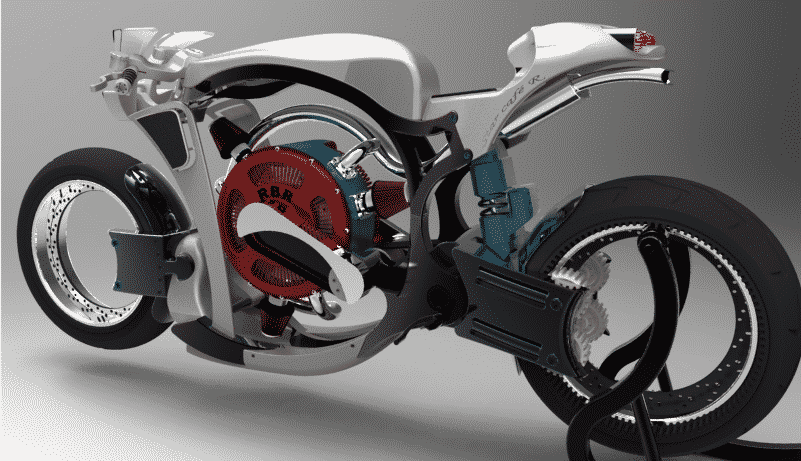 Can you guys imagine or make such an engine, that can rotate both the crankshaft and the cylinder block in opposite directions? What’s running in your mind? Reviewing your past studies related to Engine and Physics? Or, are you thinking, I’m gone MAD…? Well, informing the inventions of such creative and complex engine is seemed to be mad, then I am proud to say, “I AM MAD”. Is it seems very critical to you before I start? OK… Let’s make it easy. Those guys who knows a bit or more about the existence of radial and rotary engines, will easily understand it. But, those who don’t know or have less knowledge about it, have to concentrate in it (if you want to understand).

Review of Engine Mechanism and Other Technical Parts :

There are two types of Engines. One is Radial Engine and another one is Rotary Engine. Every engine has got a piston. A piston radial has a fixed cylinder block and a rotating crankshaft. The crankshaft in the engine rotates. There is a rotary piston inside the cylinder that basically moves the rotor. A pistonless rotary has the same fixed engine block and a rotating rotor. The basic difference between pistonless and with piston rotary is, piston rotary looks like a radial and the cylinder block rotates around a fixed crankshaft. In the rotating engines, cylinder block rotates around the stationary crankshaft. To be noted, all the rotation goes in same direction. But, Belgian engineers ‘Devaere Engineering’ has invented a new type of internal combustion engines which is being called ‘A Bi-radial Rotating’. This engine, rotates and crankshaft, and cylinder block, but in the vis-à-vis(opposite) direction. Devaere Engineering calls it ‘Radial Bi Rotary Balanced Piston Combustion Engine’. There are air-cooled four-piston calipers of 750 cc (four-stroke engine) in two pairs. It can move up and down which lets you change the size and location of the inlet and outlet ports. The linear movement of pistons are transmitted to the crankshaft. The casing is the only stationary part of the engine that contains the intake and exhaust valves. They are arranged in a circle, so that the cylinders retract mixture, a pale and expel exhaust gases to prolate next to them. It then transfers the process to the circular movement. So, the block with pistons and cylinders in the engine turns in the opposite direction of the crankshaft. Therefore it gets the effect of Exhaust Gas Recirculation (EGR) valve with a small overlap of the ports. Or it may reproduce the Atkinson Cycle where the power stroke is longer than the compression stroke by elongating the intake port which shortens the compression stroke. The Radial Bi Rotary (RBR) engine is so smooth that generates no rocking couple between cylinders. The counter rotating block and crankshaft decreases gyroscopic forces. The speed of the relative counter rotation can be changed according to the planetary gearing selection. The design of the engine shows a higher effective revolutions per minute (rpm) in relation to the actual rpm in either direction. In fact, in order to simplify the construction, the permanent ring inlet ports eliminate the valve train. The size of the ring and number of cylinders affects the number of ignitions per revolution. Guys, check out the video. It gives the whole detail and process in visual.

Brief Description Of The Video :

In this example, there are three intake and exhaust openings, so that during one complete revolution, one cylinder does the OTO 3 cycles. However, changing the number of cylinders and transmission planetary relationships, one can get a higher number of cycles, with of course the appointment proportionally more intake/exhaust openings. Thus, effective number of revolutions in relation to the right in both directions is balanced.

Basically, the engine’s natural elements are used in aviation. But, the extraordinary concept can be used in many other applications. Thanks to ‘Devaere Franky,’ the father of this mechanical contraption, who has created the extremely balanced, eco-friendly engine. As the combustion chamber provides a much higher burning efficiency, which means lower fuel consumption, and especially very low emissions, no doubt, this will be an alternative for the future.

The Technology Behind The New $100 Bill Coming Out Next Year