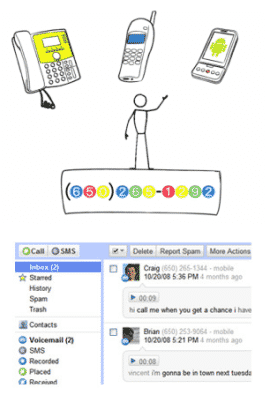 The Federal Communications Commission has launched a probe on how Google treats calls to certain rural areas that phone companies need to connect.

The probe has been launched following a complaint placed by AT&T, accusing Google of failing to live up to the Net neutrality rules it has long supported before the U.S. government, and after several members of Congress implored FCC to look into the matter.

The Federal Communications Commission on Friday sent a letter to Google requesting information about its Voice service, which lets people sign up for one number that can route incoming calls to cell, office or home phones. The service also lets users place calls, including international calls, at low rates. As part of a broader quarrel with Google, AT&T has complained that Google Voice blocks calls to phone numbers in some rural communities to reduce the access charges it must pay. So-called “common carrier” regulations prevent AT&T and other big phone companies from blocking those same calls.

Google Voice “has claimed for itself a significant advantage over providers offering competing services,” AT&T said in a letter to the FCC last month. Those concerns were echoed in a letter sent to the FCC this week by 20 members of Congress who represent rural districts.

Among other things, the FCC is asking Google to explain how its Voice service works, whether it blocks calls to certain numbers and whether it informs users that it does so.

He said Google could not afford to offer the service “if we paid these ludicrously high charges.” Google also maintains that its Voice service should not be subject to common carrier laws because it is a free, Web-based software application, not a replacement for traditional phone service.

AT&T’s complaint comes as the FCC prepares to vote Oct. 22 on “network neutrality” rules that would prohibit the big phone and cable companies from favoring or discriminating against Internet traffic flowing over their broadband networks.

That proposal has pitted Google and other Internet companies that support net neutrality against the big phone and cable companies, including AT&T, that want to be free of restrictions on what they can do with their networks.

AT&T’s complaint to the FCC on Google Voice was an attempt to turn the tables on Google: AT&T claimed that Google Voice flouts net neutrality principles by blocking certain calling traffic.

But in his blog post on Friday, Google’s Whitt said that “despite AT&T’s lobbying efforts, this issue has nothing to do with network neutrality or rural America.”

This is not the first time the FCC has looked at Google Voice. The agency has been investigating why Apple Inc. does not allow a Google Voice application to run on the iPhone — which is carried exclusively in the U.S. by AT&T.

That inquiry is ongoing, but it did prompt AT&T to reveal that under its agreement with Apple, Apple cannot enable any Internet calling applications that use AT&T’s 3G network without AT&T’s permission. AT&T reversed course on that rule this week.

Siri May Be Coming Into Apple TV