Mozilla has rejected a request from the US Department of Homeland Security (DHS) to remove the MAFIAAfire Redirector add-on from its add-on pages and Mozilla Foundation says DHS requested the removal of MafiaaFire, which describes itself as a utility that automatically redirects you to the correct alternate site if the main domain has been seized by the U.S. government.The Department of Homeland Security, besides protecting the safety of our homeland as the name implies is also in the habit of defending web domain seizures conducted by ICE and the reason why these two entities are for any reason involved in the policing of anything to do with the Internet remains a mystery, it’s clear both do there duty with a lot of zeal……………. 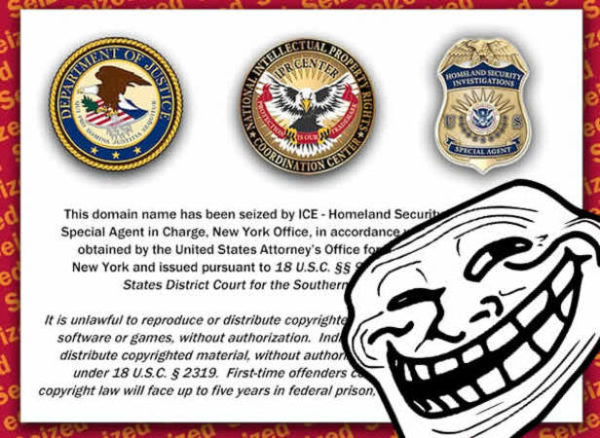 No judge has ever declared a Firefox plug-in called MafiaaFire Redirector to be illegal, but that didn’t stop the U.S. Department of Homeland Security from trying to censor it from the Web and DHS has asked Mozilla to remove a simple Firefox extension that redirects visitors from one domain name to another. Because the MafiaaFire Redirector makes it easy for Web surfers to bypass the government’s domain name seizures. Mozilla, the foundation that oversees Firefox development has resisted the request.Mozilla lawyer Harvey Anderson announced that the DHS has asked Mozilla to remove the MafiaaFire add-on from Mozilla’s official online catalogue. The government claimed that the add-on violated the seizure orders it has obtained over the last year against a few hundred domain names accused of copyright and trademark infringement.Because the government seizes only the site name and not the actual servers, it’s a simple matter for the affected sites to buy a new domain name with a non-US registrar and be back in business within hours. Many have done so. The MafiaaFire add-on automatically redirects Firefox users who enter the old site names to the new site names, making the seizure process even less effective.

Mozilla has to date refused to act on the government’s request. Instead, Anderson asked DHS to answer the following questions about whether compliance is a legal requirement or a mere request:

Anderson worries that the government may be overreaching here, trying to force intermediaries to act even without legal authority to force compliance.“One of the fundamental issues here is under what conditions do intermediaries accede to government requests that have a censorship effect and which may threaten the open Internet,” said Anderson, who cited our own recent interview with a (fiery) Rep. Zoe Lofgren (D-CA).“In this case, the underlying justification arises from content holders’ legitimate desire to combat piracy. The problem stems from the use of these government powers in service of private content holders when it can have unintended and harmful consequences. Long term, the challenge is to find better mechanisms that provide both real due process and transparency without infringing upon developer and user freedoms traditionally associated with the Internet.”As for the developer of the MafiaaFire Redirector, he says that a Chrome version is coming soon and that his work shouldn’t be repressed.“Now, because my idea, which took less than a week to create—and the Chrome version 2 days—makes them walk around with egg on their face after the millions spent (it cost me less than $100), they went running to Mozilla seeking another favor,” he tells Ars. “They did not even try to contact us. Hats off to Mozilla for sticking up to them, at first we were afraid if Mozilla would even host it due to its controversial nature but they truly backed up their open source supporting words with actions.”The plugin source for both Chrome and Firefox is already open-sourced and Web redirection isn’t exactly complex technology, so there’s probably no putting the genie back in this bottle.