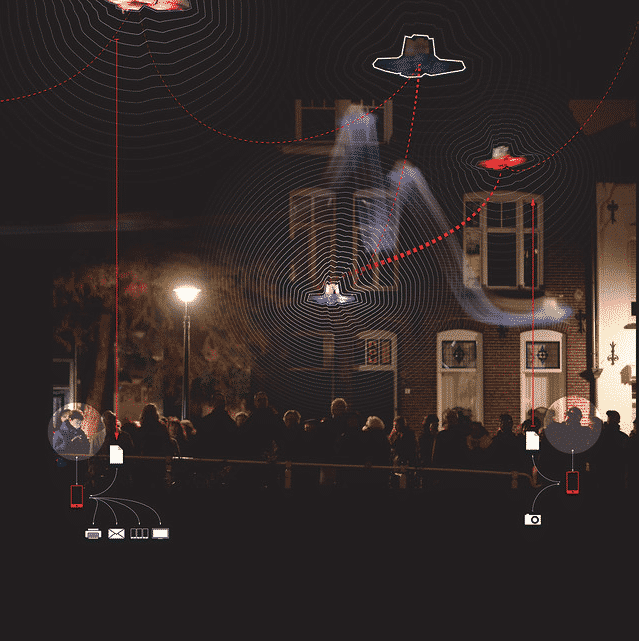 Might be, they are trying to show their inherent knowledge, techniques, power, creativity etc to us. They have shown us their acrobatic techniques. Later, they played James Bonds music . Still they are not tired. And now, they have decided to ignore the available internet to communicate and create their own Wi-Fi network to communicate while flying in groups. No one knows, what different and creative ideas they have to implement in future and at which point they will stop. Did anyone guess, which thing I’m talking about? I hope, some of you have already understood, I’m talking about flying robots. These robots might be known as aerials, quad copters etc. A new system of autonomous flying robots is being developed at the Federal Institute of Technology in Lausanne (EPFL). The purpose of making this robot is to establish an temporary wireless network to any disaster area very fast in a more reliable and affordable way. The idea came from Egyptian revolution which happened in 2011. During the 2011 Egyptian revolution, the government unplugged the Internet. Those people who were protesting and had internal communications between them with the help of internet, couldn’t do anything further due to lack of internet service. They were able to communicate with each other locally.

Young says, “These drones would fly off and hover above the city, and create ad hoc connections and networks in a new form of nomadic territorial infrastructure. A flock of interactive autonomous drones that form their own place specific, temporary, local, Wi-Fi community–a pirate Internet.” The swarm is going to offer peer to peer communication and will envision as a roaming infrastructure which is constructed using digital beams. These robots are made from lightweight plastic foam with a lithium battery powered electric motor at backside. These Micro Air Vehicles (MAVs) can fly like a Frisbee. While the robots are in air, the autopilot of the robots control altitude, air speed and turn rate. The MAVs avoid mid air collisions by communicating with one another through optical flow sensors. The sensors help the robots to calculate the distance between them or any objects and identify their position.

The Swarming Micro Air Vehicle Network (SMAVNET) research project at EPFL’s Laboratory of Intelligent Systems (LIS) was set up to study swarm intelligence. It’s time to find out, what they have studied. Till then, check out the video below.