Freedom Ship Is A Self-Sufficient Mile-Long Floating City, Will Cost $10 Billion To Built

We have seen countless architectural wonders in recent times. Not many of them are at the sea, though, which is why the Freedom Ship is stunning – it’s the idea of a mile-long structure afloat on water and complete with an airport, schools, hospitals and more. 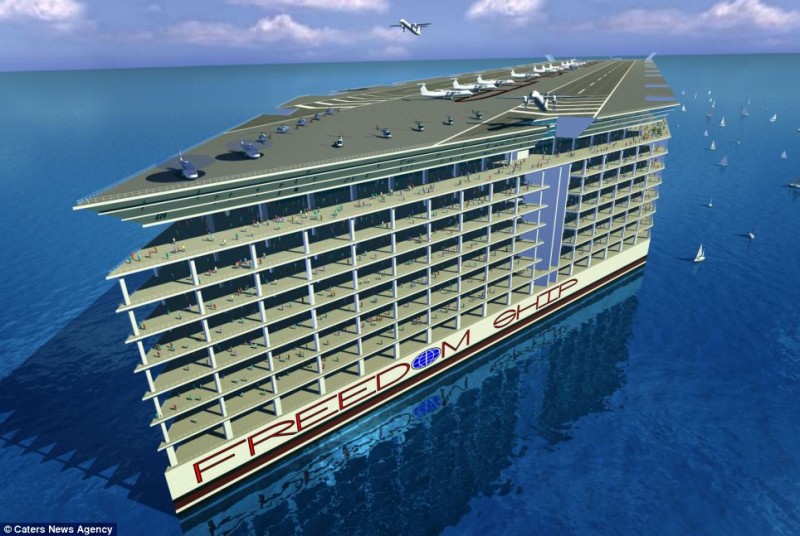 Humans have build huge structures on plains, mountains, by the rivers and virtually every other place. The sea is yet to be conquered by the power of our race’s architecture. This is where Freedom Ship comes in.

It is still a concept, although the company behind it is working relentlessly to raise sufficient capital for the construction to begin. To give an estimate of the sheer size of the ship: it will be nearly a mile long and is set to cost a whopping $10 billion! Not only that, it will weight 2.7 million tonnes, which means that it will never be able to dock on any port – rather, it will stay at the sea.

When complete, the ship will have sufficient space to host 50,000 permanent residents. The plans include an airport on the roof of the vessel, a dock at the rear, hospitals, schools, shopping malls and more. The idea has been developed by Freedom Ship International, a company based in Florida. According to the company, this vessel will be powered by solar panels and wave energy, keeping it self-sufficient in terms of power supply.

Although the ship won’t be able to dock at any port, it will make frequent stops to drop passengers via other ships or through the commercial aircrafts which will be present at the airport. Each of these aircrafts will be able to carry 40 passengers and may also be used to bring supplies to the ship.

In all, Freedom Ship is a very ambitious project and one which is still an idea. It is understandable that investors would be wary of agreeing to such a project without reluctance, something which has paused the realization of the idea so far. If Freedom Ship International ends up raising sufficient funds for this immense project, it will certainly be a marvel to behold. 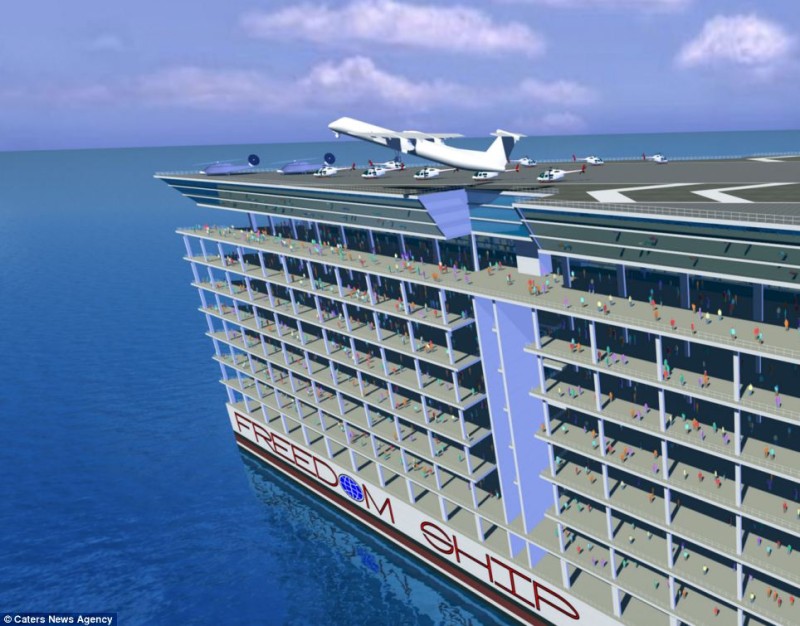 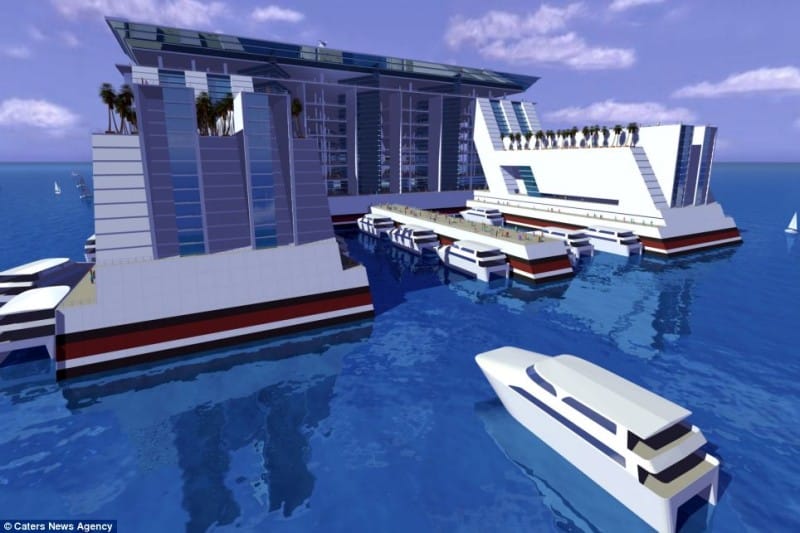 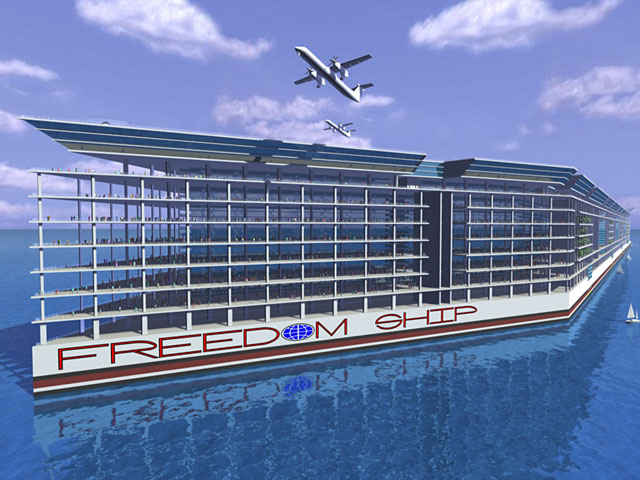 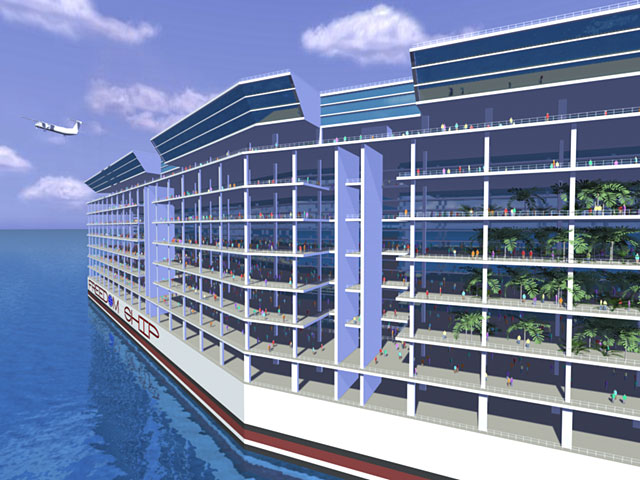