Harnessing The Power Of Cows To Generate Electricity

In today’s strange and funny news, a farmer in Ireland by the name of William Taylor has figured that cows waste a lot of energy roaming the fields while they graze. So he’s decided to harness that power to turn his farm into a power plant. Rather than letting his cows roam freely, he has placed them on a treadmill that’s jury rigged to capture that spent energy to generate electricity. One cow on a treadmill can squeeze out two kilowatts of power, enough to power four milking machines. If a whole farms worth of cows, say 50, could put back an estimated $100,000 energy savings and refunds into the grid over three years. How clever is that? 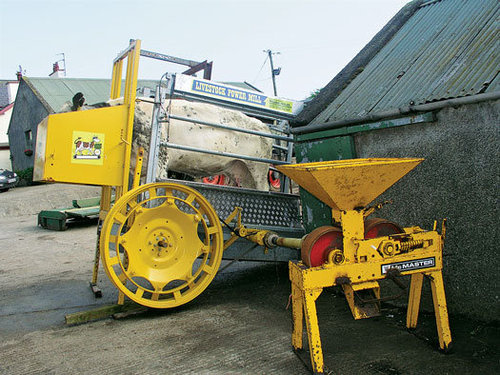 Some studies suggest that cows that exercise make more milk, so Taylor plans to study the system’s health benefits this fall. As a bonus, he speculates that it might cut cattle’s methane problem—cows burp up to 20 percent of the world’s emissions of this powerful greenhouse gas. Humans, he notes, tend to be more gassy if they lounge around. “Helping cows produce less methane while cranking out energy should get them better PR.”

Solar cells,LEDs and more will get massive amount from Samsung