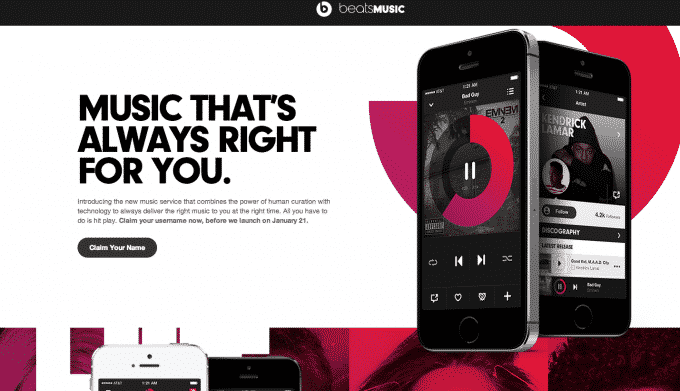 We have previously reported that the Beats Music streaming service was due to arrive in US soon. Now, it has been confirmed that the new service will be launched on Jan 21, with a $10 per month subscription plan. Beats Music has forged an alliance with AT&T as it enters the US market. Although the service itself will launch with a $10 per month subscription plan, AT&T will be offering an exclusive offer which will allow you to snag five accounts for a mere $15 per month. Naturally, AT&T will push the service bundled with its own smartphone plans.

It remains to be seen how well this new service will perform in an online music streaming arena which is already crowded with the likes of Pandora, Spotify and iTunes Radio. The makers of the app, however, are hopeful. According to them, Beats Music is fairly unique in that it combines advanced music discovery algorithms with human editors who curate and offer just the kind of music users are looking for.

A very interesting feature of this new service is ‘right now.’ This feature lets you give specific details of your physical state, and helps you find the perfect music that may suit the situation. For instance, using the feature, you can tell the app that you are ‘driving on the highway with friends and want to hear country music’ and it will return you relevant tracks.

The app also asks users to provide their genre preferences and recommends artists and tracks based on that. The standout feature of the app, however, is the presence of human editors and curators at the back end. This, Beats Music boasts, includes a human element in the entire process, making the final recommendations to the users more accurate.