Microsoft turns to crowdsourcing service to swat away patent trolls and have joined forces with Article One Partners  a New York-based research firm that crowdsources scientific expertise to figure out whether or not patented ideas or inventions are as innovative as they claim, based on prior art. Microsoft joins as charter member of Article One’s Litigation Avoidance program and global crowdsourcing network identifies evidence which can be used to invalidate specious patents through USPTO reexamination………. 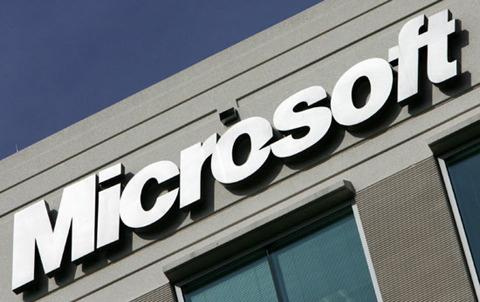 Article One Partners announced that Microsoft Corporation is the first member of its Litigation Avoidance program, which provides operating companies another powerful tool to defend against patent suits from non-practicing entities (NPEs). Litigation Avoidance is designed to help companies analyze and act on patents of questionable quality. Through the new service, Article One identifies pre-litigation patents and distributes requests to over one million scientists and technologists to research the validity of the patents. Article One uses that collected research where appropriate to file reexamination requests with the U.S. Patent and Trademark Office (USPTO). Litigation Avoidance clients receive access to all of the collections that have been researched in the program. The service leverages the proven success of Article One’s global community which conducts research to identify evidence predating patent claims, known as “prior art.” “NPEs continue to actively target large technology companies and often with portfolios of questionable quality. Article One’s Litigation Avoidance program is a powerful tool to fight this challenge,” said Bart Eppenauer, Chief Patent Counsel at Microsoft Corporation. “Litigation Avoidance gives businesses another tool to address patent quality issues prior to litigation to reduce risk and potential litigation cost. Together with other Litigation Avoidance members, we will be able to better address questionable patents in the pre-litigation phase to deter litigation. We are excited to add this to our patent defense strategy.”

Patent quality is a widely recognized problem facing companies who spend an estimated $5 billion per year defending against NPE lawsuits in the U.S. and billions more on settlements and judgments. For example, in one of the most highly visible NPE patent infringement claims, NTP Incorporated received a $612 million settlement from BlackBerry maker Research In Motion (RIM) in 2006. However, the U.S. Patent and Trademark Office (USPTO) later identified prior art that invalidated 97 percent of NTP’s claims in the case. Further, research collected from federal and circuit courts has shown that 46 percent of patents litigated to judgment are invalid. Litigation Avoidance focuses on pre-emptive action around specific patents identified pre-litigation. By collecting more relevant information about prior art, Litigation Avoidance can make the patent system work more effectively and can help eliminate patents that do not deserve protection through USPTO reexaminations. As the community gathers more evidence, the service creates a network effect for all members to benefit from the research. This is particularly valuable given that the number of defendants per NPE lawsuit has almost doubled in two years from 3.3 in 2008 to 6.0 in 2010.

With its unique crowdsourcing model, Article One is able to return results in a matter of weeks to challenge the validity of a patent by leveraging its worldwide community to research and identify prior art. Article One incentivizes its researchers with cash prizes for the highest quality research, and has awarded over $1.3 million to date. “Clearly not all patents are created equal, and that is a painful, expensive problem for companies and ultimately the general public who has to shoulder the costs,” said Cheryl Milone, CEO of Article One Partners. “Like services from companies such as RPX and AST, Article One Litigation Avoidance addresses the perfect storm resulting from increased NPE activity combined with serious patent quality questions and an overtaxed USPTO. Litigation Avoidance’s crowdsourcing model is another way Article One is enabling the public to take an active role in promoting the progress of true innovation and fortify the patent system.” In addition to this program focused on pre-litigation patents, Article One also has researched state of the art collections and patents already in active litigation, including in several high profile patent assertions by Paul Allen’s Interval Licensing and by NTP Incorporated.