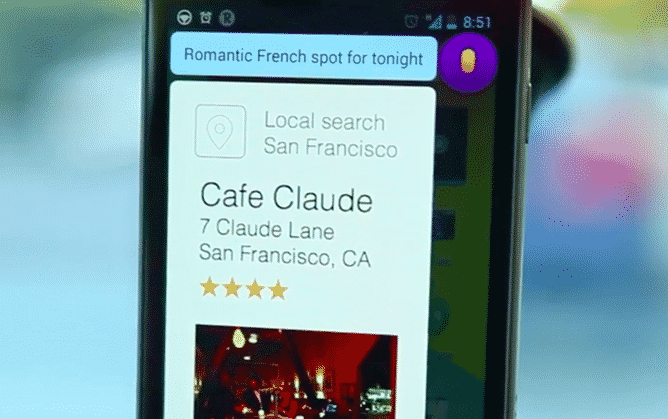 Yahoo has been trying to reinvent itself over the past few years. The company has trimmed its losses and focused on few key products. A leaked video now suggests that Yahoo may be working on a voice-controlled personal assistant app. Since Marissa Meyer took reigns of the company, she has tried to change the company’s outlook. One of key problem that Yahoo has faced over the past few years is that it has been losing relevance. Not only is the company no longer a leader in the online content arena, it is nowhere to be seen when it comes to the exploding mobile market.

Meyer tried to offset this by making bold decisions such as Yahoo’s acquisition of Tumblr. These decisions have certainly caused an uptick in the company’s relevance today and has helped Yahoo add the ‘cool’ factor to its brand. However, a lot more needs to be done if Yahoo intends to survive the rapidly changing tech world.

In an attempt to do that, Yahoo may be readying a voice-based personal assistant app of its own. While the company has decline to comment on such speculation, a leaked video hints as much. In the video, a man driving on the road is seen talking to a smartphone mounted to the windshield. While driving, he tells the smartphone to check up the traffic on his route.

In response, a voice-based assistant bearing Yahoo’s logo tells him that the traffic will be more than usual. He then tells the assistant to send a message which the software understands and types instantly. If the app shown in the video is real, Yahoo has certainly created one of the most impressive voice-based assistants, rivaling the likes of Siri.

But then, we are not sure if it is just a spoof or a real deal. For all we know, Yahoo may simply be considering the idea still and this may be the pitch for it. Nonetheless, if the company is to gain a solid foothold into the mobile market, it will have to come up with something as surprisingly good as the app envisioned in the leaked video.

What Should We Expect From Apple’s October 22 Event