Over the past few years, the processing speeds of our machines have bumped up by a huge margin, following the famous Moore’s law. But companies like Intel are finding it increasingly difficult to keep up with this pace. This is precisely why Intel is spending billions on EUV technology, which can help in creating unbelievably small and powerful processors. 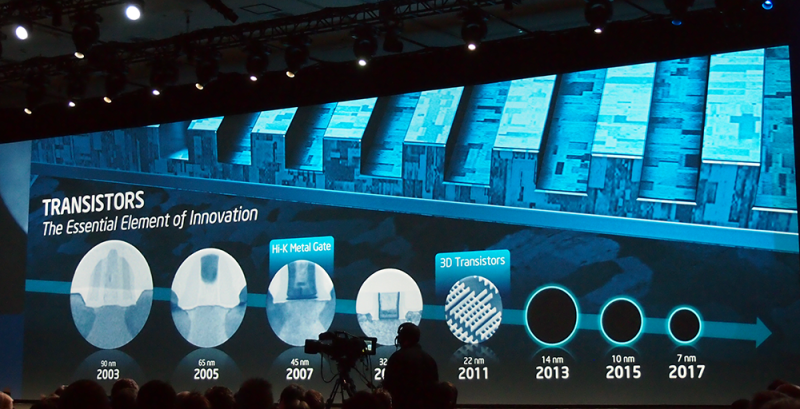 Computer chips not only need to be faster by each passing year, they are also required to diminish in size and become more energy-efficient. The current technology used by Intel is no longer able to accomplish this, now that we have reached a certain stage of small, highly powerful computer chips.

At this point, Intel believes that a new technology called ‘extreme ultraviolet lithography’ (EUV) is the way to go. EUV essentially makes use of light wavelengths to ‘etch’ designs on chips. These designs are so microscopic that the human eye can barely discern them. But for the chips to continue diminishing in size and provide increasingly greater computing prowess, such a technology seems a viable solution.

But the problem with EUV is that it hasn’t proved its mettle in the commercial arena yet. Intel has dished out billions of dollars in researching and perfecting the technology and has had some success. For instance, the company showed off a 14 nanometer Broadwell chip at IDF this year created through EUV technology. This chip is due to be released next year and if it proves to be a success in the commercial arena, Intel will go on to build and release 10nm and 7nm chips in the coming years.

These chips will be extremely tiny in size while at the same time, packing extraordinary processing speeds. However, all this depends on the future of EUV technology which, for now, rests entirely in the hands of Intel.

Neurocam: A Camera That Automatically Shoots Whatever You Find Interesting

Hackers Break Into The Personal Life Of NYU Professor By Invitation