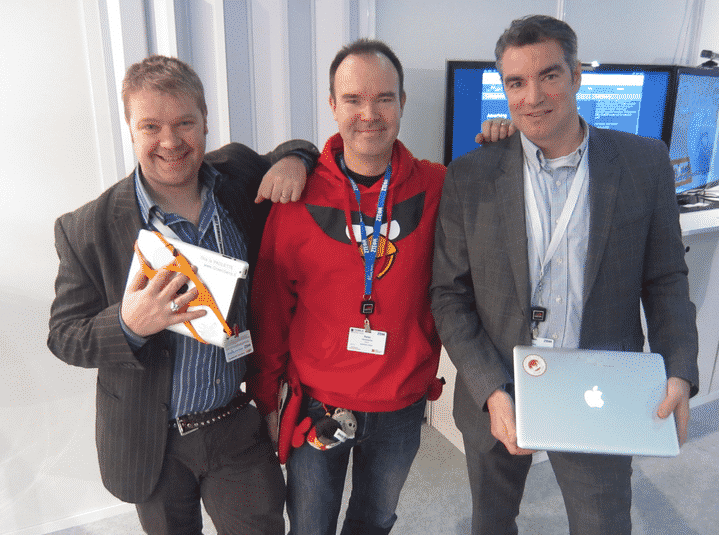 While the chief buzz of MWC 2012 is the awesome gadgets and technologies that are being unveiled by the leading companies of the tech world, many organizations have also taken the opportunity to announce winners of different contests. La Fiesta Hackathon is an international competition where mobile developers present their apps for iOS, Windows Phone, Android and Blaast platforms. Now, during the event at Barcelona, the winners of the contest have been announced. This apps contest is organized by Finnish Mobile Association (FinnMob) and Aalto Center for Entrepreneurship (ACE). According to the results announced, Aaltovation won the contest. Aaltovation created an app which dealt with the 9 months of pregnancy. The app provides a user with diet tips, emergency calling facility, exercise tips and a lot more. Apparently, the app has won the top crown for its sheer usefulness for a user. The winners will win a free pass to the Mobile World Congress 2013.

The second place was secured by Teamsports who won, as a prize, a 500-euro gift certificate from Amazon.com. They created a sports team marketing app, implementing it as an example for the Finnish hockey.

Finally, the second runner-up prize went to EasyTouch who got a 250-euro gift certificate from Amazon.com. Their app combined the usefulness of NFC and cloud technology.

It is noteworthy that the well-known member of the Rovio team, Peter Vesterbacka was the one who announced the winners of the contest. Rovio is the publisher of the viral and wildly popular game Angry Birds.

Sony NEX-5 and NEX-3 with Interchangeable Lens will be available soon.

IBM Patents A Floor That Can Detect Heart-Attack